All about modern commercial stompbox circuits from Electro Harmonix over MXR, Boss and Ibanez into the nineties.
Post Reply
3 posts • Page 1 of 1

Hello
It is a Gutshot of MXR mini iso brick.

It is actually so much more than gutshots. I'm posting it here so we'll have a copy in English (Google English, that is):

Recently, the isolated supply has become the standard and the price has settled down, so I bought the MXR mini iso-brick.
In this article, I would like to shift to the circuit side rather than the impression I used.

I researched the isolated supplies currently on sale to explain the reason for the purchase.
I remember that the top four were types that used insulated DCDC, and the bottom two were types that used toroidal transformers.
Strymon and VITAL AUDIO chose MXR because the internal image was on the net and FIREGLOW was sold out.
Another reason is what is happening with the design of famous brands, which are relatively cheap and the smallest. 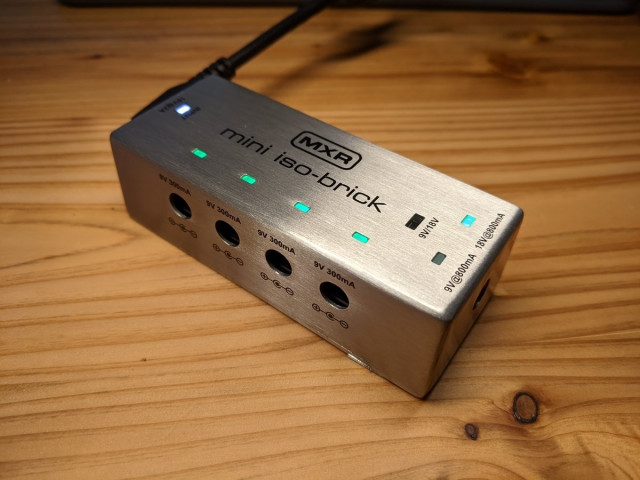 As a spec It supports outputs up to a total of 2A.
Since there is no environment to evaluate the sound, we will disassemble it immediately. 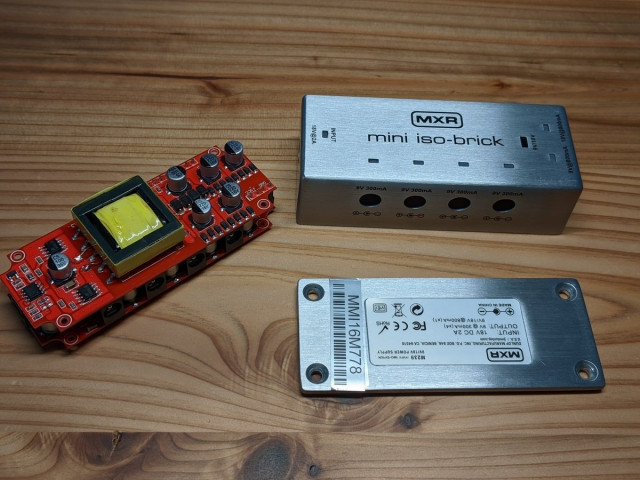 The board is a two-column set inside.
The DCDC circuit, switching transformer, and rectifier circuit on the secondary side are mounted on the upper board.
A linear regulator and a 9V / 18V DCDC converter are mounted on the lower board. 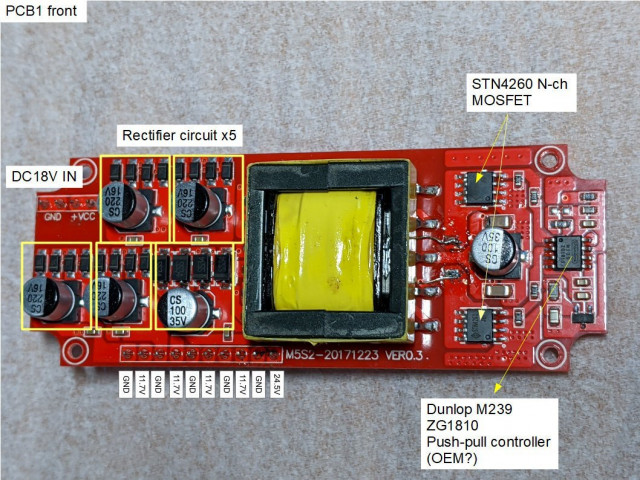 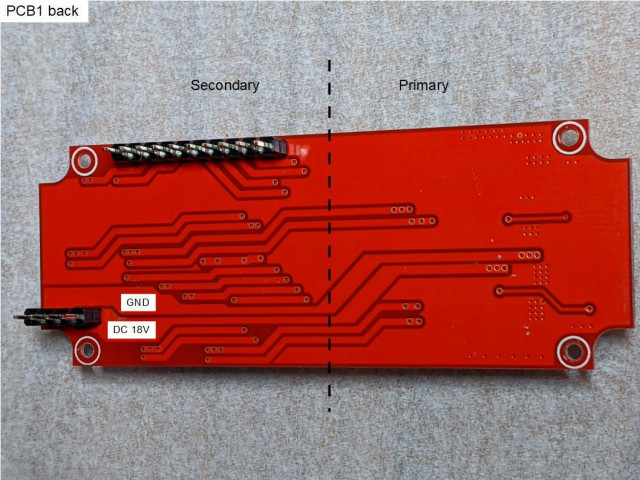 The following is printed on the upper board.

A push-pull system is used as the circuit system for the isolated DCDC.
ZG1810 is used for the control IC.
Since the carved seal contains Dunlop, it is probably an OEM product. STANSON's STN4260 is used as the
MOSFET . A full-wave rectifier circuit is mounted on the secondary side for the number of outputs in order to rectify the square wave sent by returning the transformer .


What is a push-pull converter in the first place?

The basic circuit of the push-pull converter looks like this.

The power supply voltage is applied to the center tap of the transformer, and double Vin is output at both ends, which is a slightly special usage.
The topology is to use the entire quadrant of the transformer's BH graph, which can supply a relatively large amount of power.
As a commentary, it is recommended for those who want to understand EDN's materials and TDK's materials in a short view.

Check the waveform of the actual machine

The waveform is shown below. 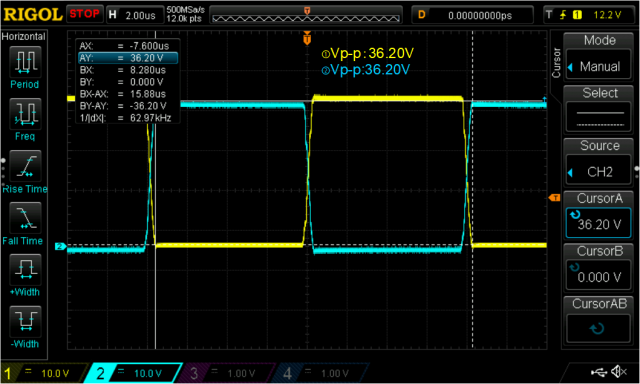 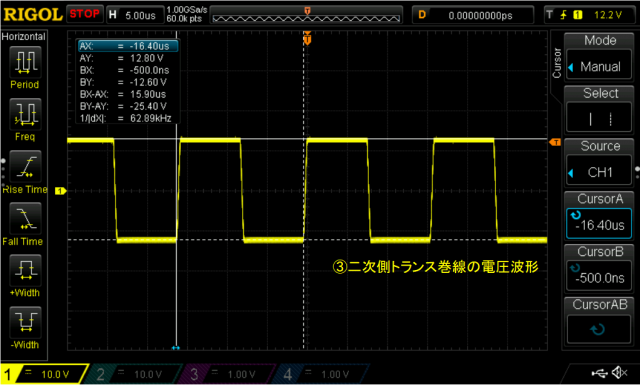 The first sheet measures both ends of the winding on the temporary side with respect to GND.
Since 18V is input as Vin, around 36V comes out with Vp-p.
The upper side and the lower side are turned on alternately to drive the transformer.
The second piece measures the distance between the windings on the secondary side, and Vp-p around 25V is output centering on 0V.
When this waveform is full-wave rectified, it drops by the forward voltage of the diode to about 11.8V.
The switching frequency is around 60KHz.

I derailed a little, but let's also look at the lower board 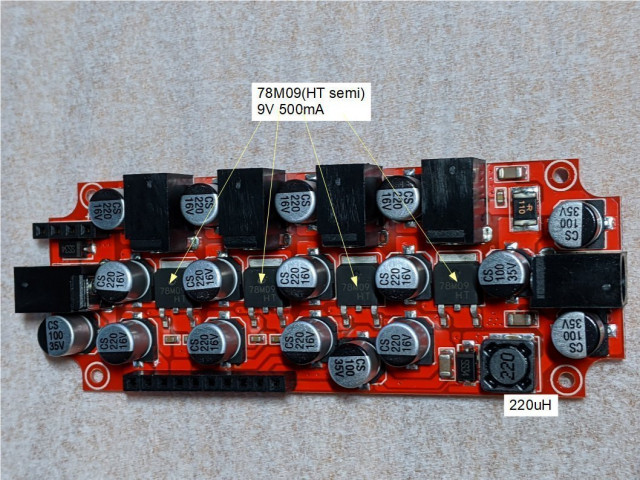 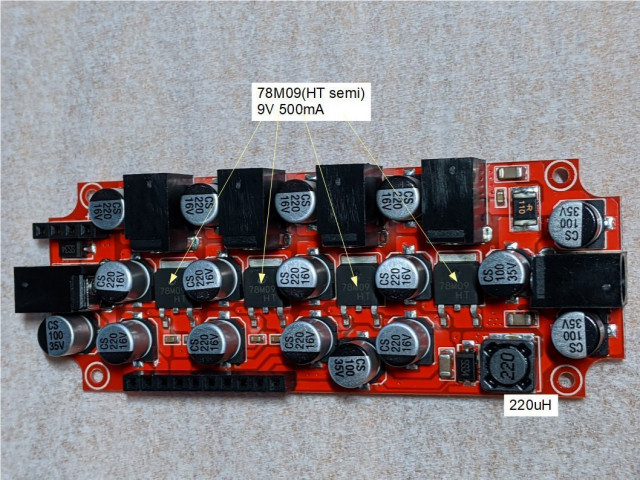 On the lower board is listed.
The upper side of the MOS is also so, but semiconductor is Chinese de device is subject.
Thanks to this, I was a little impressed that this spec was realized for 12000 yen.

The voltage can be switched by switching the FB resistance with the onboard slide switch.
Only the secondary circuit is lightly taken, so please refer to it:

This time, I analyzed mxr iso brick mini and understood about 70%.
Low profile custom transformer and OEM control IC? It is probably the MXR that is summarized in this size using.
If I have a chance, I would like to analyze the isolated power supply of FIREGLOW.

In this analysis, is it an OEM chip on the primary side ? Was used, so I'm having trouble making something similar.
Therefore, I would like to introduce the one using LT3439 . 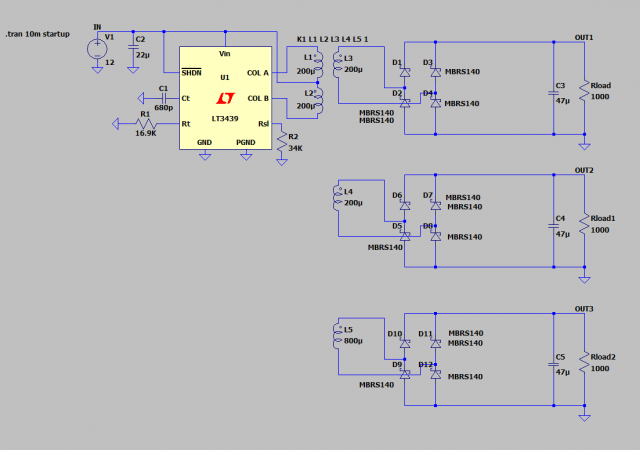 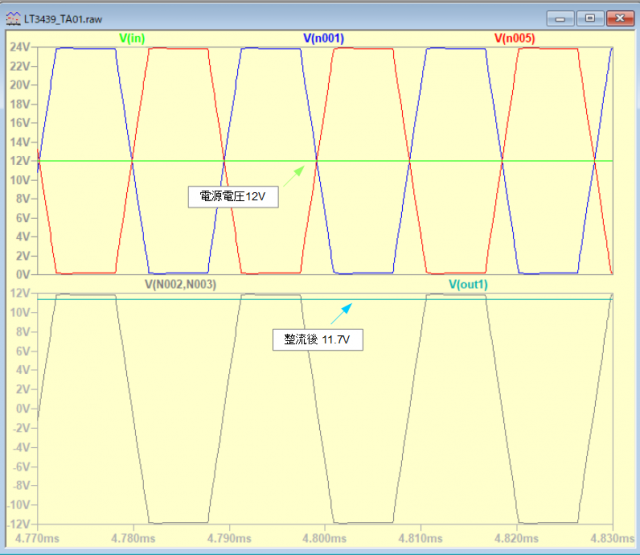 It's a fairly easy configuration as long as you can make a transformer.
Flyback method

At present, the only way to make multiple isolated OUTs in a small size is to use a custom transformer.
Flyback is famous as an insulated DCDC that can be made with a general-purpose transformer. 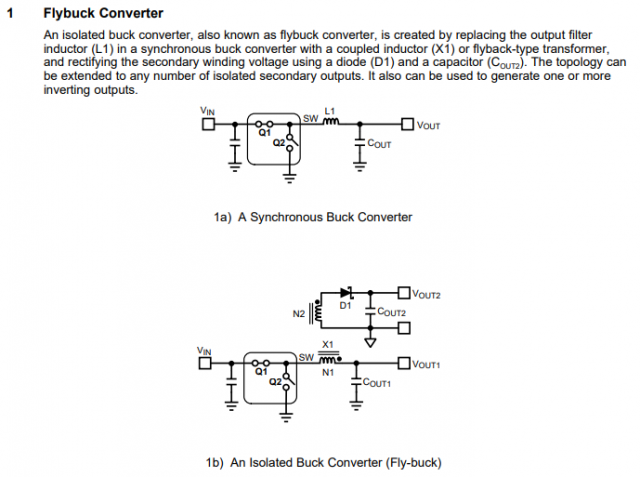 By the way, Flyback can also support multiple circuits by increasing the transformer output. 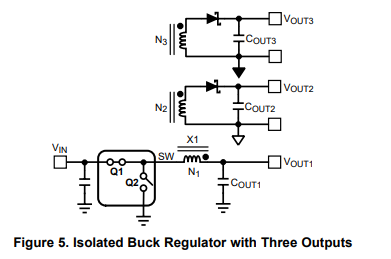 
After all, a lot of current flows through the winding on the temporary side, so it may be suitable for configurations such as push-pull, half-bridge, and full-bridge ... 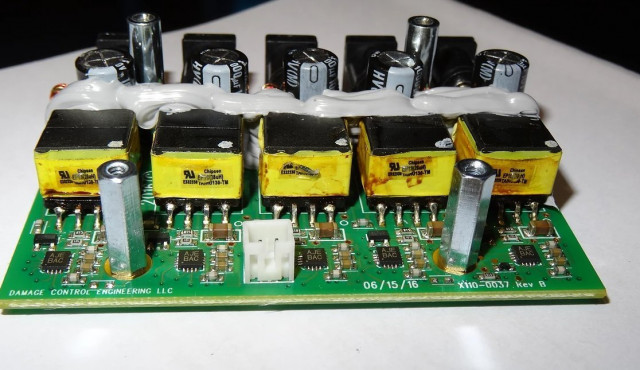 Strymon has multiple transformers, so is it flyback?
It may be push-pull in terms of pin number 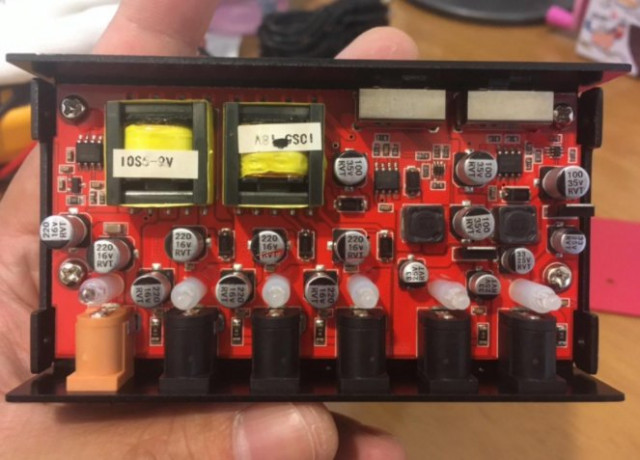 VITAL is similar to MXR, so maybe this is made by OEM ? 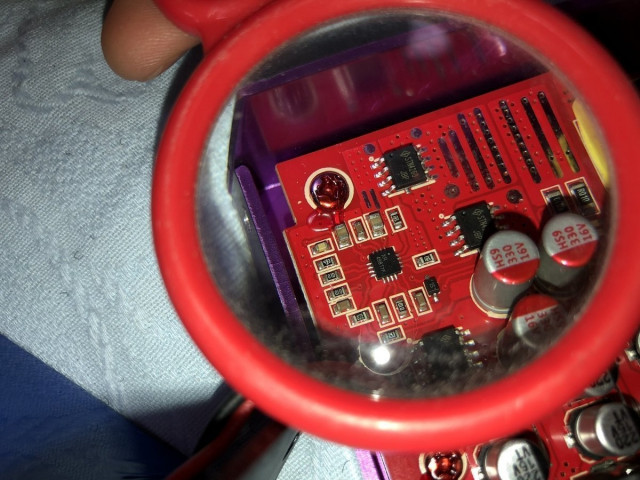 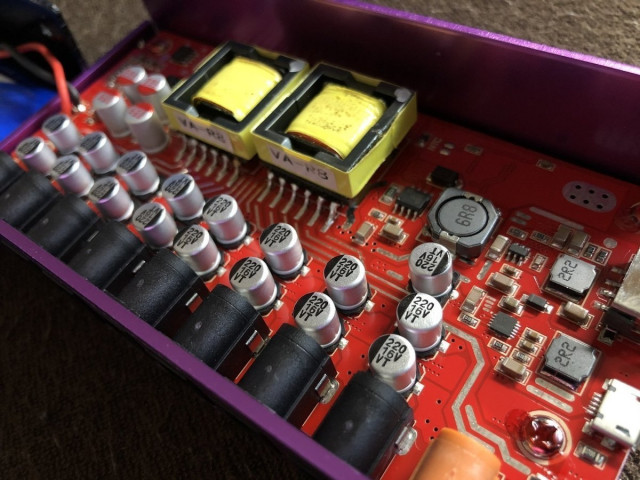 I am the author of the blog.
thanks for translate.
I haven't verified that the circuit diagram is correct, but I hope it helps.
Top
Post Reply
3 posts • Page 1 of 1