All about modern commercial stompbox circuits from Electro Harmonix over MXR, Boss and Ibanez into the nineties.
Post Reply
105 posts

Happy New Year for all,

For some time I am looking for information about Leslies.

I love the sound it produces from a Hammond and from a guitar, as you can hear some songs from Pink Floyd or SRV. And I've been studying the possibility of building one, but its sheer size dismiss me because of my lack of space.

Finally I have been looking at some circuit emulators, but I ended up not satisfied me her sounds, until I found the Hughes & Kettner Rotosphere, both the first and the MKII version that I have found in YouTube. Their sound has impressed me, but more so its price (about 500 €) and I raised the possibility of cloning, but I can not find no pictures or diagrams.

Anyone else has raised the possibility of cloning? Anyone can take pictures of circuit boards?

If it's buildable i'd love one too

it's a physical thing a little like a loud amp sound in that
there's no other way to get it other than having one , but
who's going to haul a leslie to a gig .
Anyone have an opinion of best emulation ?
I wasn't crazy about the boss dual pedal , it wasn't bad
but didn't get me excited
Top

Ok, I've repaired a few.
Schem? No. I do a lot of repairs without schematics.
Clonable? Yes. (A Boeing 747 can also be cloned, given the funding) Since it's all analog and without any "difficult" components it's doable. It also is onne of the contenders for "most parts in a pedal" as it has a PCB that covers most of the area under the faceplate and has little empty space.
Sorry. Plain out of planes.

If anyone knows someone at a certified H&K store ("Stützpunkthändler", quoted from an e-mail) it'd be really nice of them to ask H&K for their schematics.
I recently emailed them because my head needed some repairs and they told me they wouldn't send me the schematic (the head is out of production for like 5-10 years) because I'm no certified dealer.
I plan on asking our local store but I'm guessing they won't help me with it.

Thanks Dirk ,
Let us know when you got one ready
Top

Here's some schematics for the original Rotosphere. The Mk2 is almost identical, plus 2 extra trimpots beside the Rotor Balance control to fine tune the low and high rotor speeds.
The Roto's are basically simplified versions of the legendary Dynacord CLS222 studio rack-mount rotary sims (there's still a lot of circuitry in there for a stompbox).
I will take some photo's of the pcb in my Roto Mk1 if anyone's interested in developing layouts. 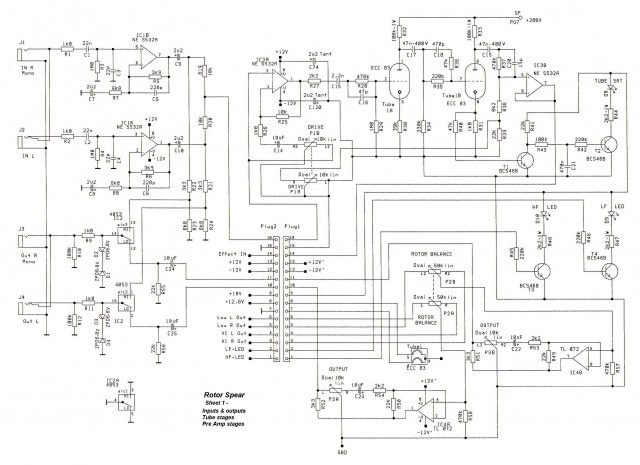 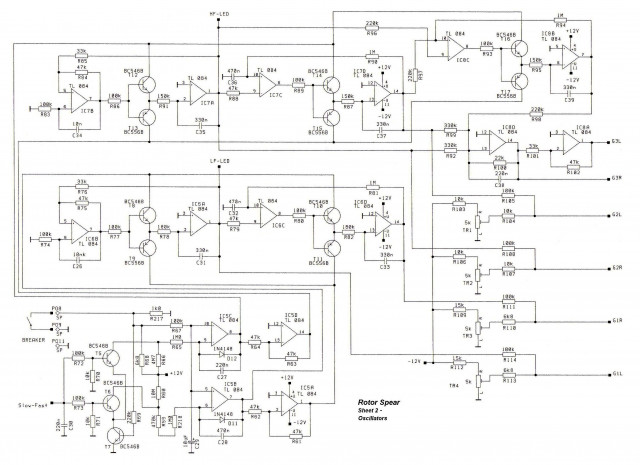 here's the other 2 schematics to complete the set. 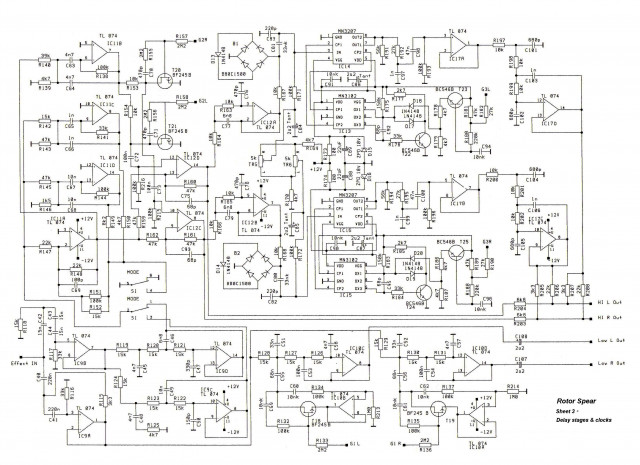 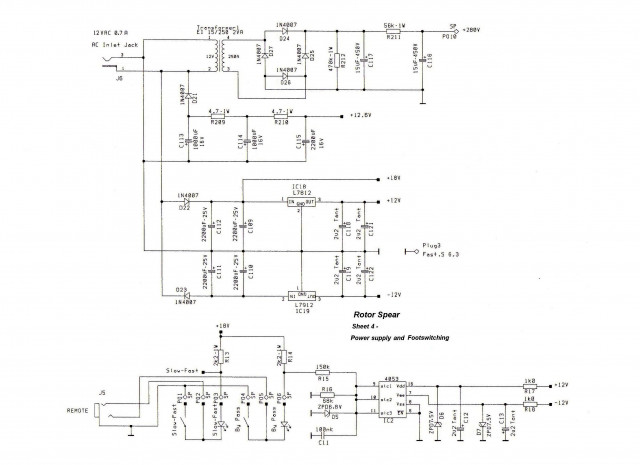 okgb wrote:Thanks Dirk ,
Let us know when you got one ready

With the forum software update the THANKS function was installed and I would really like to encourage people to use the thanks button and avoid posts that just 'say' thanks. In the Circuit Analysis section I would like to be quite strict on chitchat, just because it might render threads unreadable. Yesterday I spend hours on the Dirty Little Secret thread, just by way of experiment: results are here.

Thanks are important and good, but there is no need for it to clutter in with the information...
I might remove the above and this message over time. Any comments or questions or reservations about the circuit itself are still very much welcome..

but thank for your understanding and cooperation
Please, support freestompboxes.org on Patreon for just 1 pcb per year! Or donate directly through PayPal
Top

Here are some images of my Roto Mk1. I checked the components on the PCB against the schematics, and the only change I found was that C3 and C4 are not installed. These are shown as 22pf resistors in parallel with the 1M input to ground resistors. Looks like they were never fitted and the pedal sounds beautiful without them. 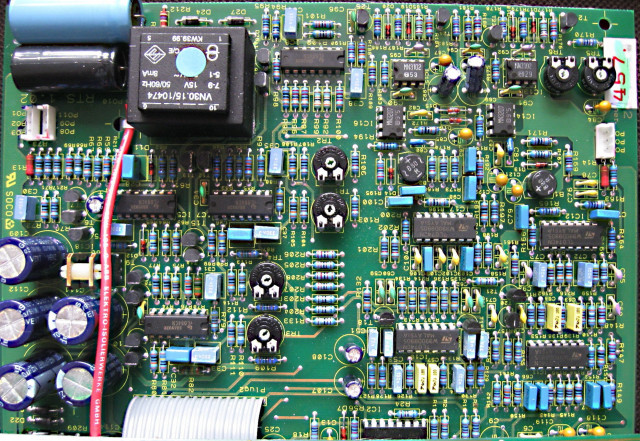 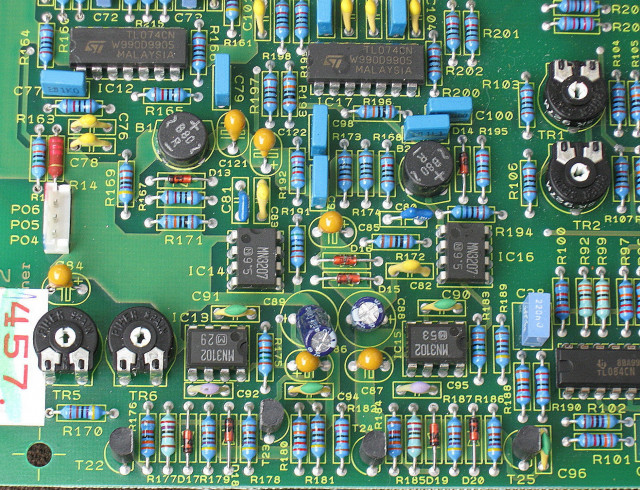 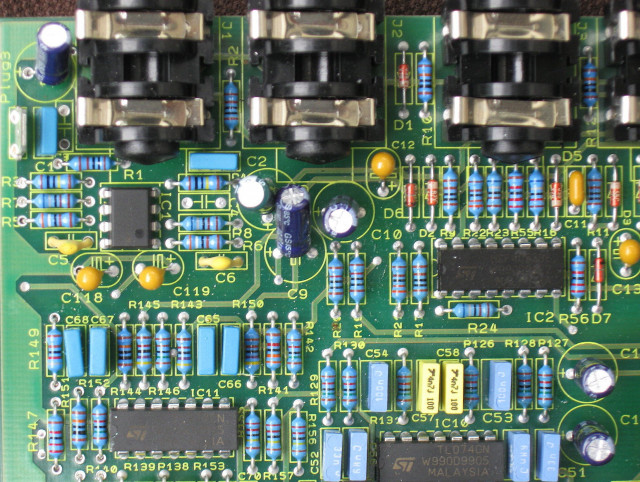 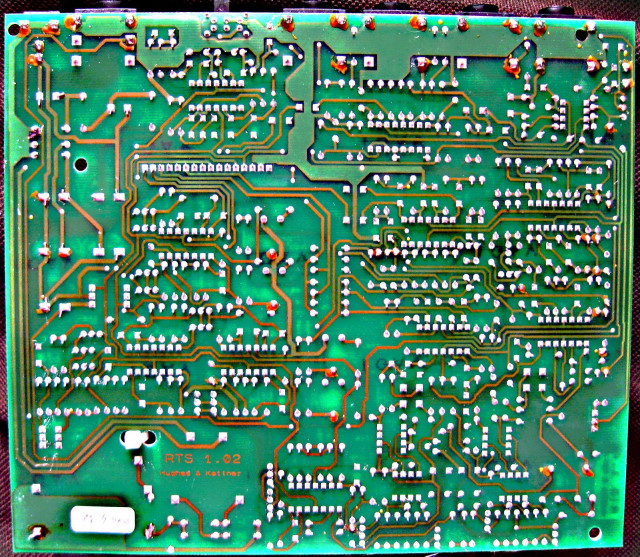 And the control board... 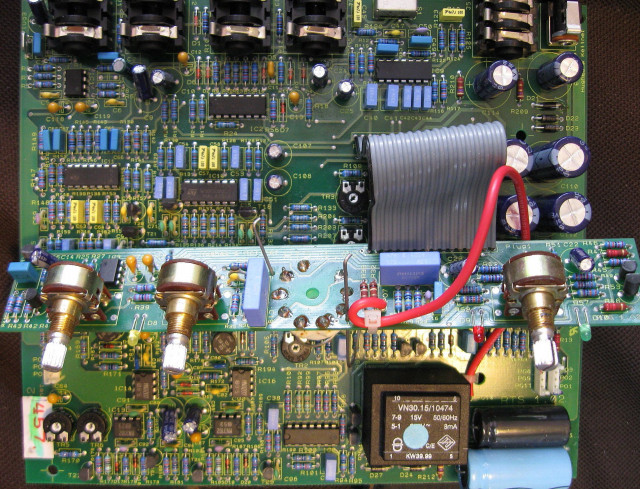 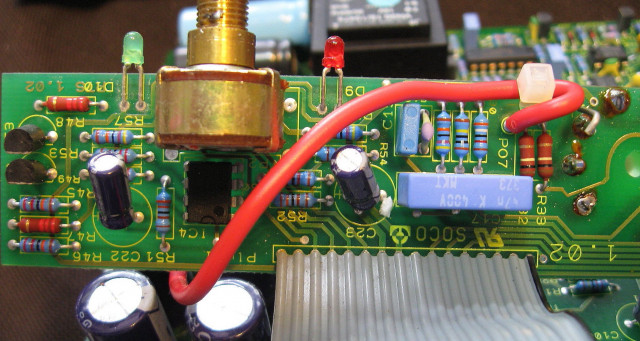 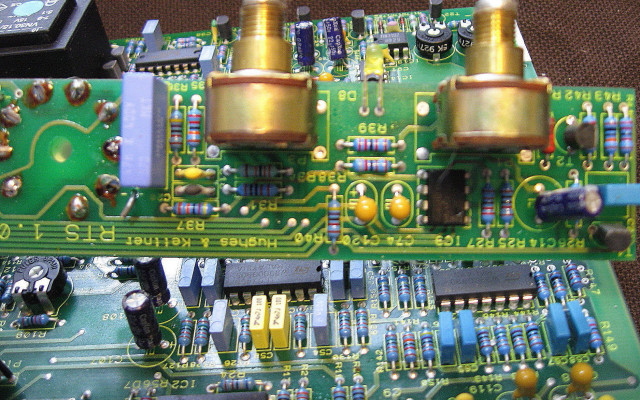 great work!
any chance to see a layout based on these pics and schematics?

No chance of layouts from me I'm afraid - I'm a noob at this sort of thing and have no knowledge of PCB layout software at all.
If anyone wants to take this on and produce some layouts, I will PM them a heap of images of different areas of the boards and a draft component layout drawing for the large and small boards.
Top

I have seen a few of these

That multi ribbon cable is a bitch - guaranteed to break

- especially at the ends

Kinda reminds me of the Dunlop Univibe UV-1, though tracks are bigger and easier to spot... Same brittle ribbon too, the hell of a connection...

I have one stupid question.Is this double layer PCB?

Hi, Kinda new here! I would certainly be willing to throw some money in to fund this project. I have always wanted a Rotosphere-in-a-rack (cls but cheaper!)

I did own an MK2 and if you youtube rotosphere, you'll probably see my Floyd clips with the peavey amp. I loved that pedal and always regretted having to sell it.

I think this would be a much appreciated clone, especially in the Gilmour world that I live in. I'm sure I could get some others on the gilmour forum to pitch in.
Top
Post Reply
105 posts