All about modern commercial stompbox circuits from Electro Harmonix over MXR, Boss and Ibanez into the nineties.
Post Reply
50 posts

Apparenly this is a Klon clone going on sale for about $60.

I can't wait to see them get up in arms over a SMD Klon... oh wait

pics are up in TGP thread
Top

heres the pics from tgp 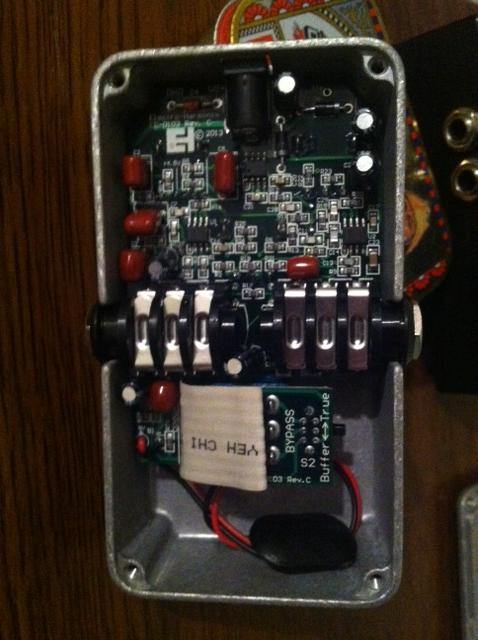 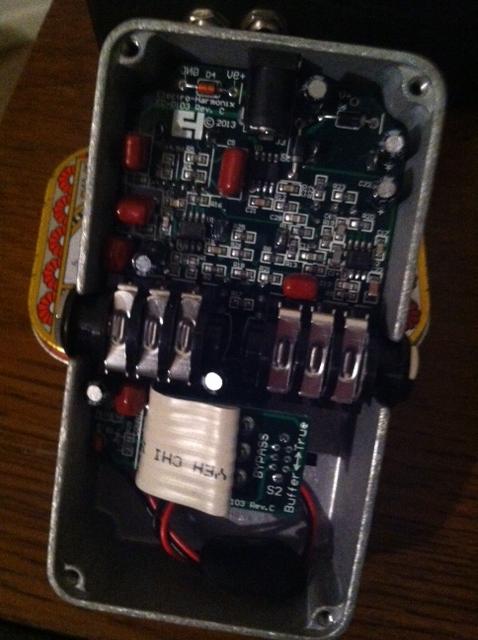 Without the double ganged pot it has to be a tweaked clone, right?
Top

Meh
Sure it is cheap however I would rather build my own klone on vero or a kingslayer with all the mods. If I see a used Soul Food for about $45 or less,

then it would be hard to pass up LOL
Top

Another pic from tgp 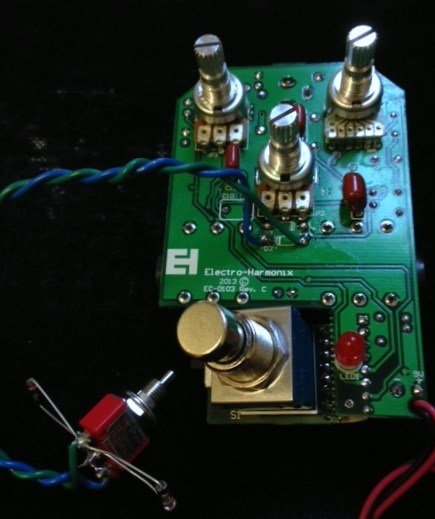 Tone aficionados kept telling EHX’s Mike Matthews about a pedal that had achieved a lot of buzz because it was only obtainable at an exorbitant price. That pedal was the KLON CENTAUR.
A believer in bringing great tools to starving musicians, Mike tasked his trusty team to create an affordable alternative, and that is how the SOUL FOOD was cooked up.

The SOUL FOOD delivers transparent overdrive with great touch and response. Its circuitry features boosted power rails to provide abundant headroom and increased definition. Best of all, you don’t have to be a rock star to own one!

Doesn't sound like it is an exact copy- more like a work-a-like. I like the way the say they are just trying to help starving musicians. Nothing wrong with making money, but it always bugs me when people pretend its not just business. That said, ehx should get a pass on cloning considering how many people are selling big muff pedals and pcbs.

Looks like the gain pot is a dual gang like the original. People keep questioning whether this is a true clone or a soundalike. I think it is a clone, and I have to applaud EHX for showing everyone there's nothing magical about this circuit to warrant the extreme price. If attempt a trace but I can't deal with SMD.
Top

Whether it is an exact clone or not.....

Diode switching to include a germanium clipping option and a "bass contour" knob. First is fairly obvious. Is the second a standardish Klone mod?
Top

That gain pot is dual ganged. There seems to be a quality problem with the posts being easy to separate from the pots (from TGP). Still might be a good deal if you need to pimp out the pots.
"Contemplate it - on the tree of woe." :Thulsa Doom
Top

This is one I've just come across.

According to the description, Mike Mathews was constantly asked for a pedal that would sound like the Klon Centaur. So they designed the 'Soul Food' pedal.

Anybody tried one, heard one, got one, dissected one ??? 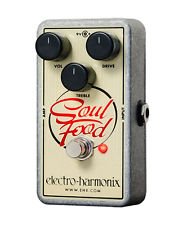 ”Sex is great - but you can’t beat the real thing !” - The Wanker’s Handbook
Top

Someone posted some gut shots on my blog here:

although they're too low res to really see anything to compare values. The Gain pot is 50K dual though so they're may be other differences.
"If anyone is a 'genius' for putting jacks in such a pedal in the only spot where they could physically fit, then I assume I too am a genius for correctly inserting my legs into my pants this morning." - candletears7 - TGP
Top

I can throw up some high rez photos tomorrow if anyone is still interested. I love the pedal as it seems to blend into your rig rather than add its own personality. I am interested n the JHS mod for the germanium and clipper bypass along with the "meat" knob.
Top

I probably going to pick one of these up, but what I'm really curious about is this mod:

So if I wanted to put a germainum diode in the pedal for clipping would I swap out d2 and d3 or d4? Does anyone know how the meat knob on the JHS mod works?
Top

I haven't seen decent gutshots of the JHS mod except for this
https://s1325.photobucket.com/user/mour ... 6.jpg.html
There isn't much to the clipping mod so the same is probably true for other mod.
Top
Post Reply
50 posts