All about modern commercial stompbox circuits from Electro Harmonix over MXR, Boss and Ibanez into the nineties.
Post Reply
2 posts • Page 1 of 1

Rowin Plexion LEF-624 LEF-324
Probably the same internals as other brands like Tomsline.

It's a clone of the MI Audio Crunch Box v1, with an extra Bright mode.
Not sure if there was a version of the CB with that mode toggle.
The Plexion switches between two different capacitors for C9 in matsumin's schematic.
C11 (22n) for Normal mode (same as the CB) and C12 (5n) for Bright mode. 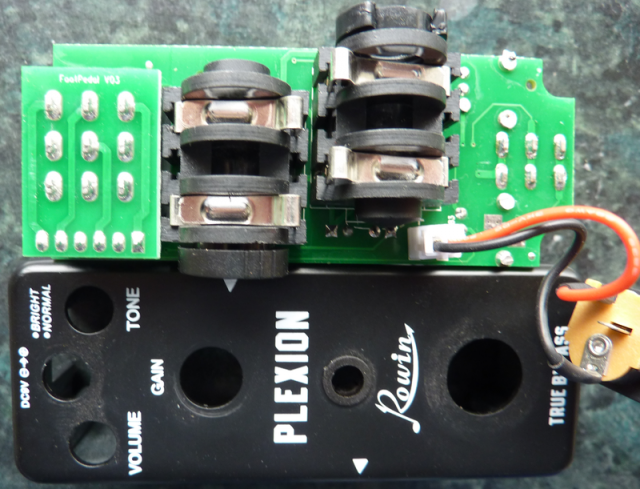 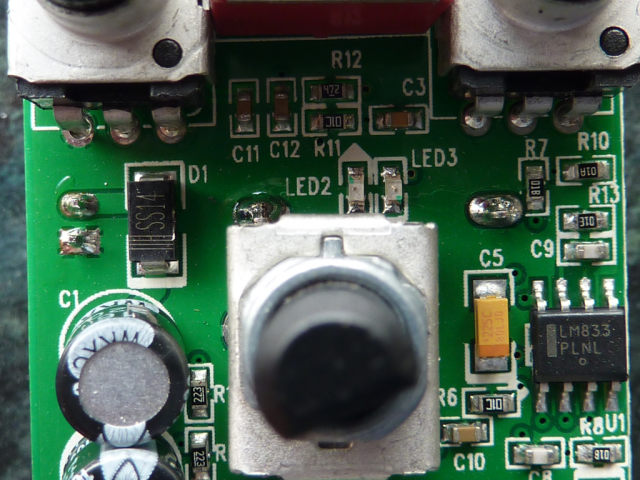 Sad news concerning Burke Shelley, from one of my favourite (and much underrated) bands - Budgie
Their songs have been covered by Van Halen, Iron Maiden, Soundgarden, Metallica and more.
If you don't know how HEAVY this band was in the 70s, check Breadfan out.
Top

Nice! I just traced mine today as I couldn't find anything online last I looked about what it was based on. I was curious what it was, and like you I came to the same conclusion it is a Crunch Box. Never played a real one, but this Rowin sounds nice.

The only other difference I saw from the MI Crunch box schematics not mentioned is the addition of a 1Meg pulldown resistor at the input. Beyond that they are identical.
Top
Post Reply
2 posts • Page 1 of 1