Discussion regarding early stompbox technology: 1960-1975 Please keep discussion focused and contribute what info you have...
Post Reply
10 posts • Page 1 of 1

thats really cool man. is it yours?

what kind of metal can IC's are those?
Top

The only sad thing:
No picture from the solder/track side....

Sorry, didnt have time to take it apart to do the solder side yet. Some of these old pedals also have become fragile and if it looks like it may break then I wont take it fully apart. I will look at this one later.
Top

It's easy enough to guess the circuit close enough from the top side.

The CA3094 is a CA3080 OTA plus a darlington transistor buffer in one package. It's essentially half of an LM13700 or CA3280. The OTAs are almost certainly in the same OTA phaser circuits as the ca3094 version of the Small Stone.

From the colors of the auxillary parts, six of them are phase stages (all identical) and two are used in a Small-Stone-like LFO. The transistors probably do the input buffering, output mix/buffer, and maybe an active power filter stage. That is, it's a Small Stone with two more phase stages, a three-notch instead of a two-notch.
Top

IS THERE CHANCE FOR TRACE SIDE?

modman wrote:https://www.diystompboxes.com/smfforum/ ... ic=43677.0
we are playing the same record as five years ago, over there...

Back in the 70's I had one of these. The pedal altered the speed of phasing (which seemed like a waste of a pedal to me). It was a very similar circuit to the Small Stone (it might have been a copy, but with extra phase stages). This thing hissed so much it sounded like you were playing under a waterfall!!! It was stolen at a gig and really wasn't missed.

I replaced it with a homebrew 8-stage phaser with three preset sounds selectable with three footswitches. The replacement served me well until I gave it to my nephew last year.
"Why is it humming?" "Because it doesn't know the words!"
Top

I have a Colorsound Supapahaze and it is missing a capacitor (see on the picture below).

Does anyone has the schemartic of it?

Can anyone tell me it's value? And the other 3 as well? Just to make sure 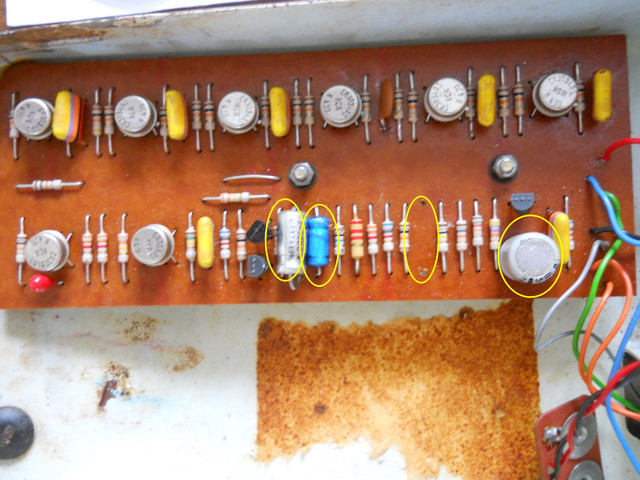 Here is a picture of the trace side: 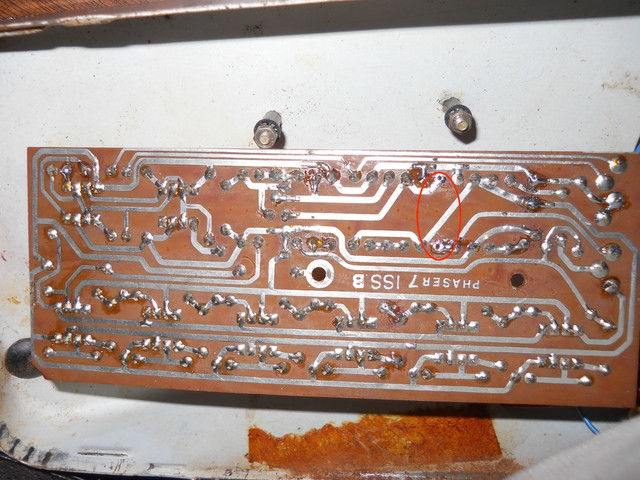