Discussion regarding early stompbox technology: 1960-1975 Please keep discussion focused and contribute what info you have...
Post Reply
7 posts • Page 1 of 1

There are differences between the 1968 UniVibe and the 1969 UniVibe that we all should know and try it out!

The differences are the caps on C13 and C16 are switched the other way around!

Most EARLY UniVibes (double rubber version) had R37 for 47K but also some early ones from the same year had R37 for 100K.

Most late UniVibes (single rubber version) had R37 for 100K.

Note: The ones that use the 10nF and the 6nF for C13 and C16 (which were mentioned by Turretboard as the "Wattson" tracing) they were mistakes made by Shin Ei BUT were made very limited that way.

Keep in mind the 1968 UniVibes were NOT made by Shin Ei, they were made by a company named Honey. Shin Ei took over Honey in 1969 and years later Korg took over Shin Ei. Honey was the original company which first produced UniVibe and put UniVibe on sale in 1967. Unfortunately, Honey went bankrupt in 1969 and Shin Ei became in charge of the production of UniVibe and as a result, UniVibe after 1969 experienced several changes in specification such as the design of logo and the circuit and hence the change in the sound occurred.

It`s your personal conclusions or was taken from other sources?
If so then give link to the source.
Top 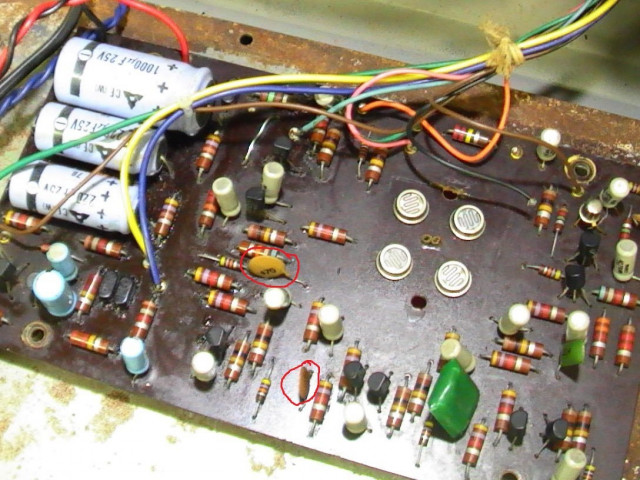 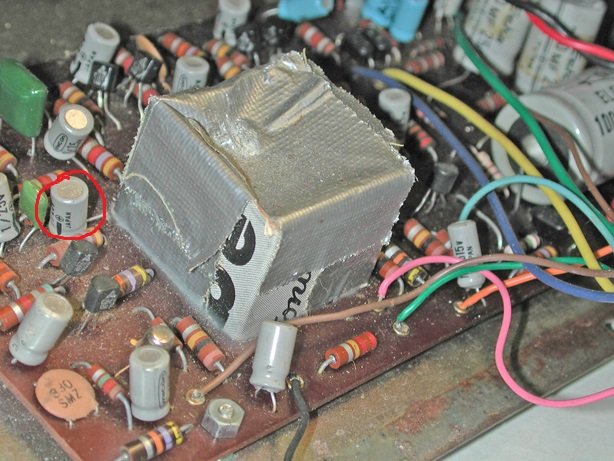 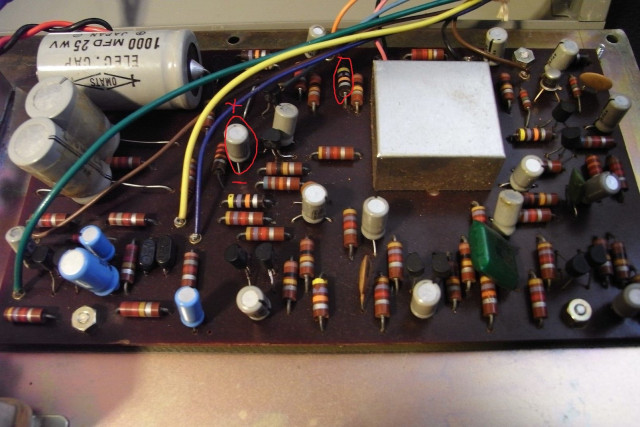 These are three different boards, and who knows which is older.
And usually on electrolyte caps black stripe indicates negative side.
Top

On the older UniVibes, the black stripes indicates as the (+) positive. All three boards are all from 1968, if it has carbon composite resistors, then it is the double rubbber version (1968)
http://www.youtube.com/user/rama69satria
Top
Post Reply
7 posts • Page 1 of 1