Discussion regarding early stompbox technology: 1960-1975 Please keep discussion focused and contribute what info you have...
Post Reply
2 posts • Page 1 of 1 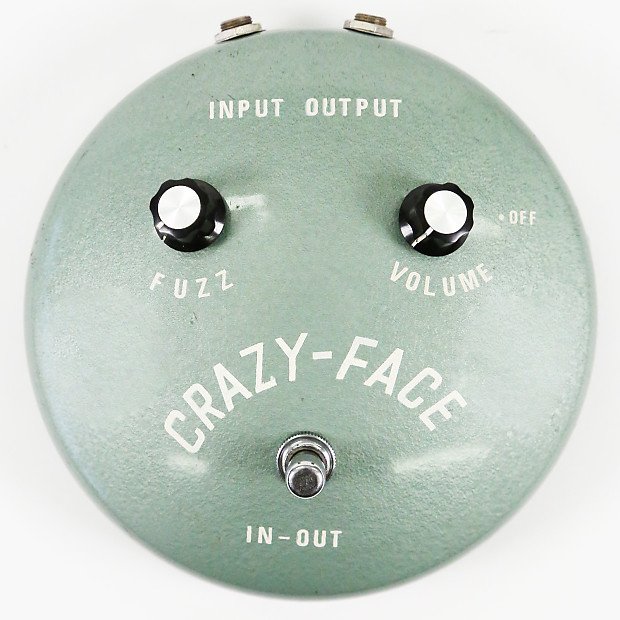 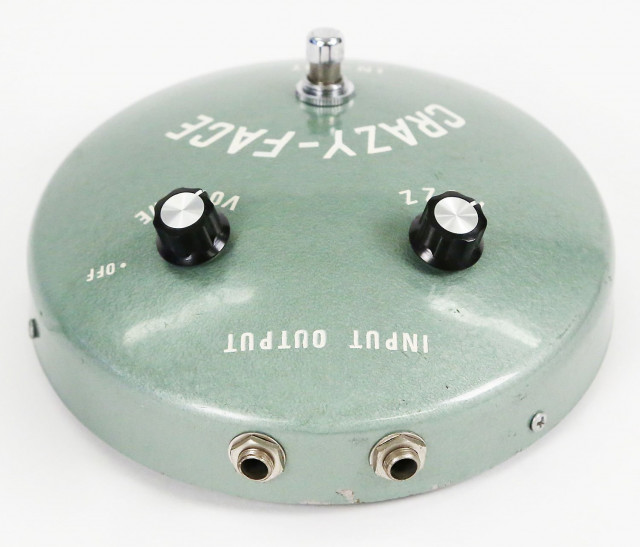 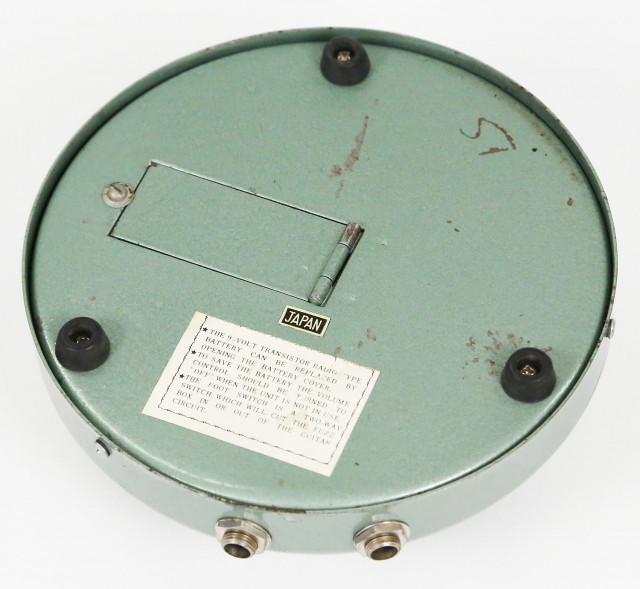 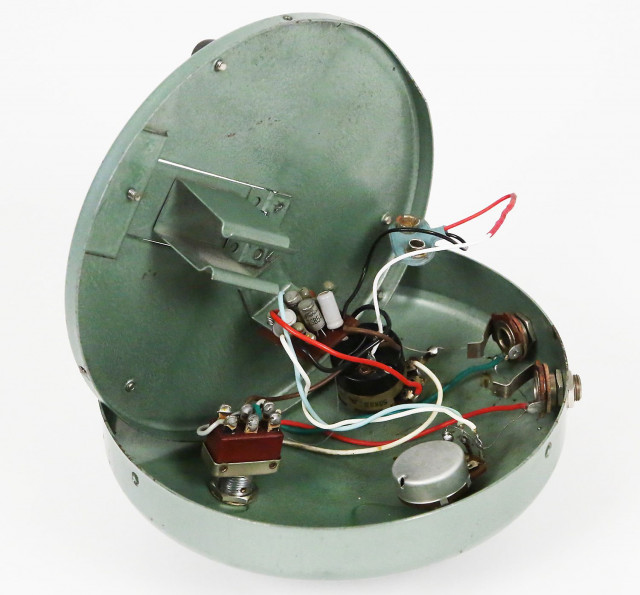 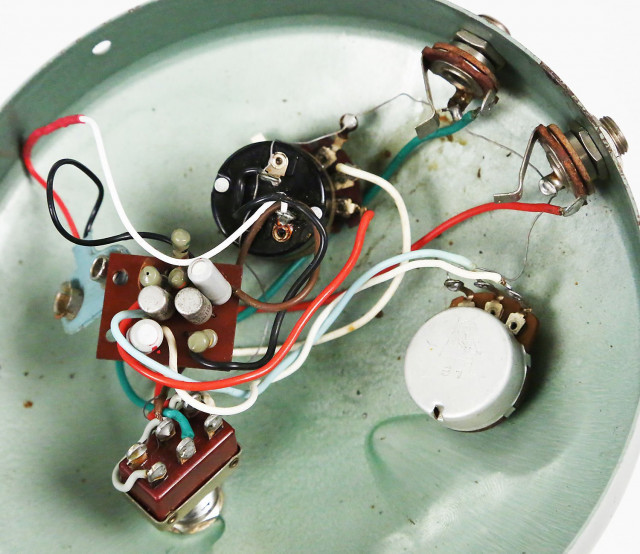 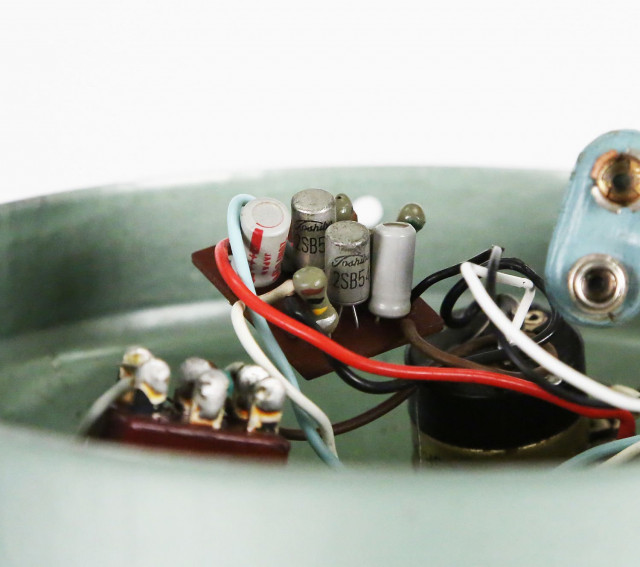 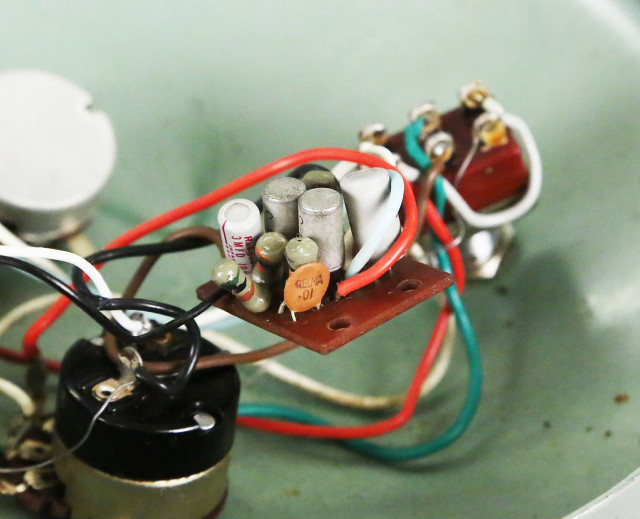 This is from a current Reverb listing selling this pedal for upward of 800USD.

For sale is this vintage, circa '67, Guyatone Crazy Face electric guitar fuzz pedal. This rare pedal, actually produced concurrently alongside Dallas Arbiter's Fuzz Face, is quite undoubtedly Guyatone's attempt at a near identical copy, right down to the name. While it's slightly smaller, it actually produces a huge fuzz tone that rivals an early germanium NKT 275 Arbiter Fuzz Face. This early variant also features a very attractive green exterior, most likely informed by the beautiful Blue Dallas Arbiter Fuzz Face being produced at the time. The later versions removed all reference to "Face" and were painted in regular ol' black. This fuzz may be better than my personal Fuzz Face, but I don't have the heart to A-B them. It's really, really, good sounding.

Guyatone's own records indicate them as being founded on July 16, 1956. By the late 1950s or early 1960s, they made up to 1,500 slide guitars, 1,600 electric guitars and basses, 2,000 guitar amplifiers, and 5,000 microphones a month.
(...) In the United Kingdom, James T. Coppock (Leeds) Ltd. had introduced Guyatone under Antoria brand in the late 1950s, and these were played by Hank Marvin, Marty Wilde, Rory Gallagher, Johny Guitar, and Ringo Starr from the Hurricanes, and even possibly young Jeff Beck.

So it was probably their UK distributor who tipped off the Japanese to build a fuzz face type pedal?
Please, support freestompboxes.org on Patreon for just 1 pcb per year! Or donate directly through PayPal
Top

This schematic turned up on Facebook -- the original context for this schematic seems to be:
https://www.diystompboxes.com/smfforum/ ... #msg392408 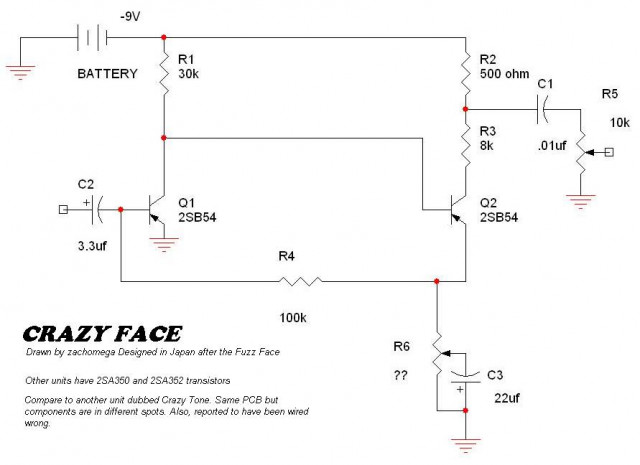