here's my build... I think it came out pretty nice. I posted it on the DAM forum, but, that seems to be sort of an "insiders club" and I don't know if I'll be posting there any more. Yay for FSB.

as an update to my earlier post, the meathead schematic that's floating around in so many DIY layouts with the 10n input capacitor seems to be a less desireable version. Using a bigger cap (22n is a good starting point), the low end really opens up and is comparable to this One Knob Fuzz. They are different shades of the same color though, I don't know if I can describe other than saying there's a distinct character difference. I really like the kind of powerful "sag" on the attack of a hard strum of the One Knob Fuzz, great for drop D power blasting. This is one of the most generalized half-way-between-everything-else kind of fuzz tones I've heard..pretty cool. I think its lack of harshness and ample low end will make it good for high volume rocking, which was how I first saw it being used. 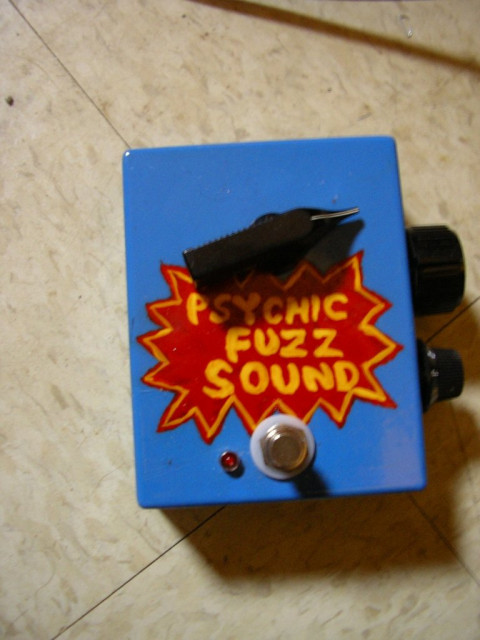 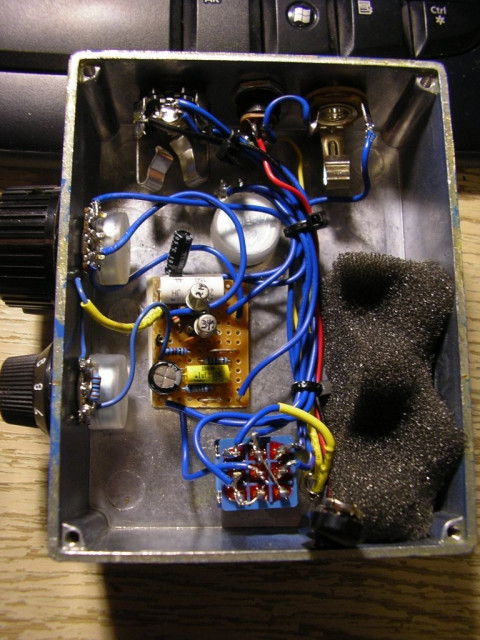 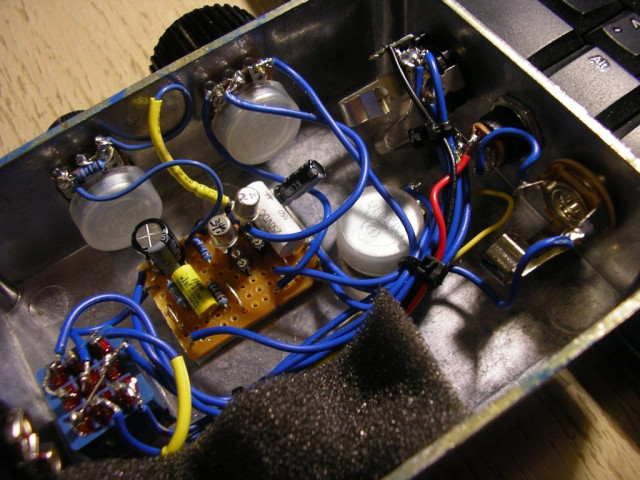 Here is a link to an original gutted one, can someone tell what transistors they used? They don't look like TO18 cans but more like TO92
http://www.effectsdatabase.com/model/co ... d/fuzzbox
Top

Looks cool - I like a good one knob fuzz.

the DAM forum seems to be for disciples of David Main rather than builders. I posted there a few times and got no response. I did a layout for a tone bender MKIV with multiple Q3 transistors on a rotary switch, which is something I haven’t seen before, and not a single comment.
https://vero-p2p.blogspot.com/
Top
Post Reply
83 posts