RnFR wrote:this thing has been sitting on my bench for ages now. i was going to wait for martin, but i think i'll just start hacking into this thing myself. i really need to invest in some sort of dental pick or other sharp instrument. the only thing is, that i might not have a proper camera to give it a go. it might be possible for me to get my hands on my girlfriend's super nice digital slr though. sorry to dan and everyone else for this taking so long. i'll start scraping this clay like substance away soon. anyone know an easy way to get this shit off?

Did you end up ever digging in to Dan's NuFuzz? This thread was such a tease! =)
Top

Is the 10uf on the switch a power filter-er or is it in the audio path?
Top

I am the person who traced the Rosac chip. The oddball resistor values were measured individually,
that is separate from the circuit. Of course I had to destroy the chip to do that. I have made
several of these clones with various NPN's such as 2n4401, 2n3904, 2n5088, and they all sound
pretty similar. The values were measured with a Fluke DMM and I boldly guess are odd due to
the fabrication process. By the way, it took 2 days using dental picks. The transistors were
actual TO-92 case unmarked plastic. Hope this helps.
Top

A schematic's gotta turn up soon since the reissue

i just building one with 2N3904's and it sounds just like all of the video demos that i've heard of it. 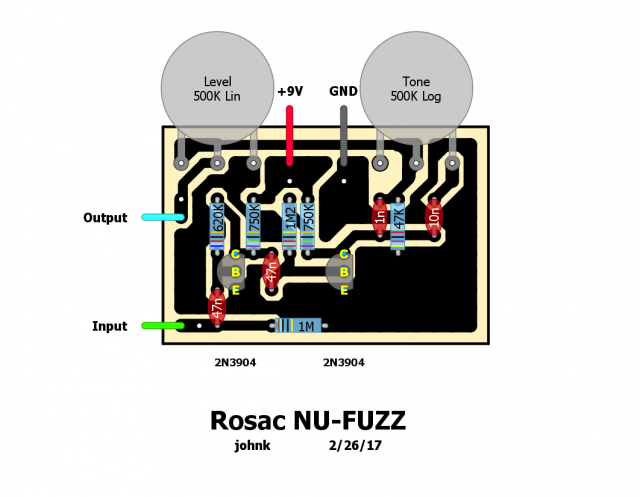 and here's my build: 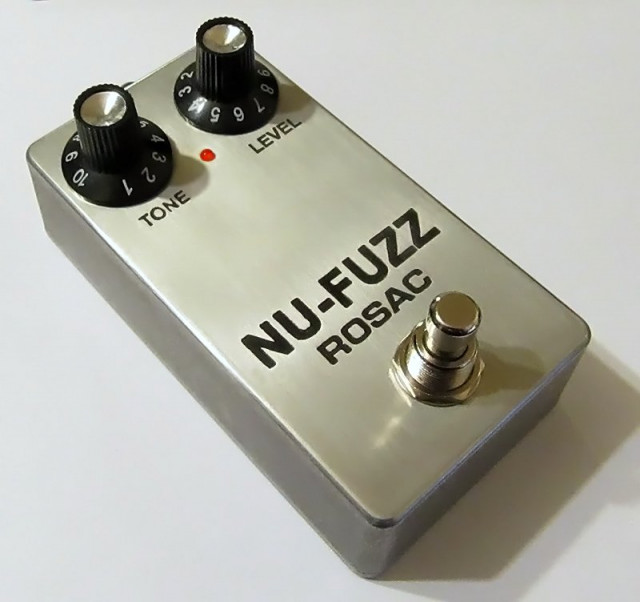 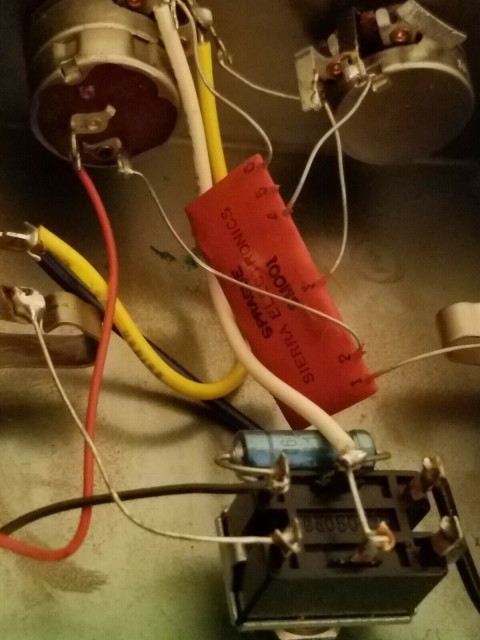 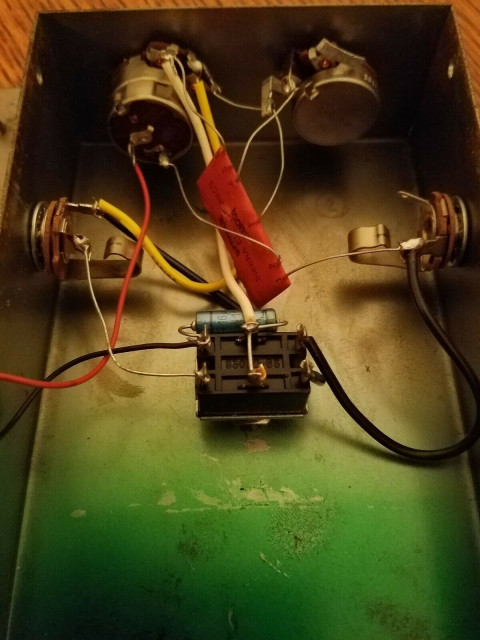 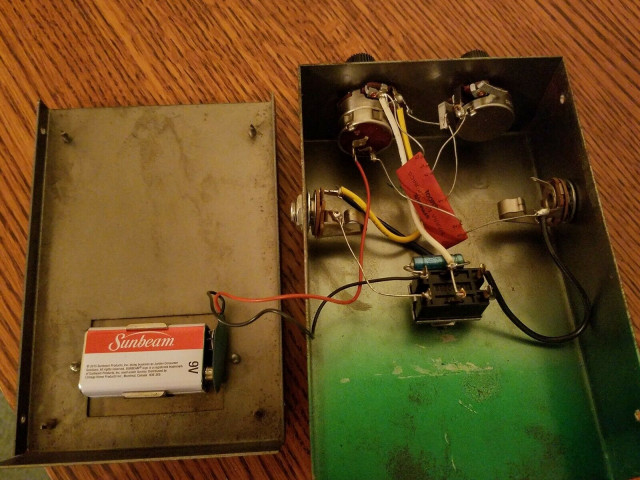 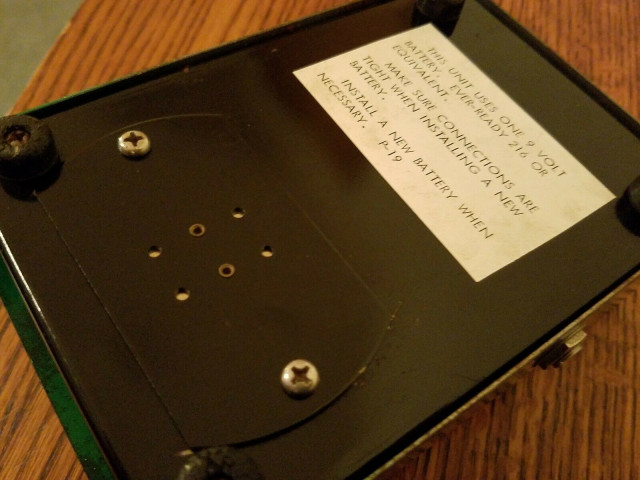 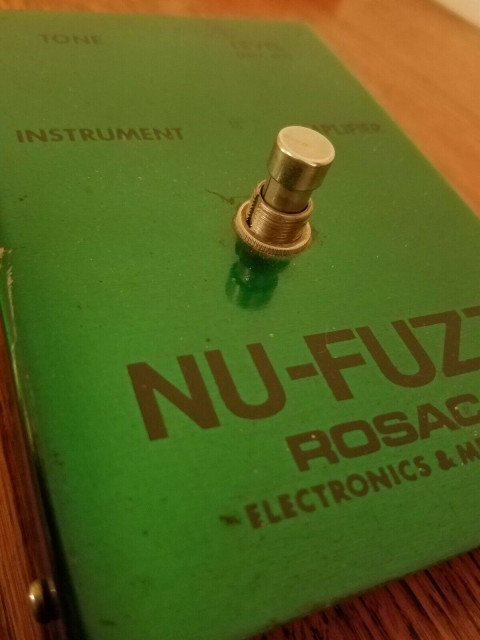 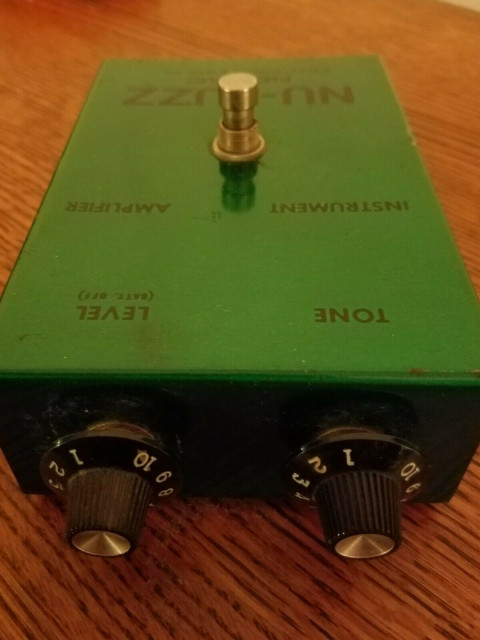 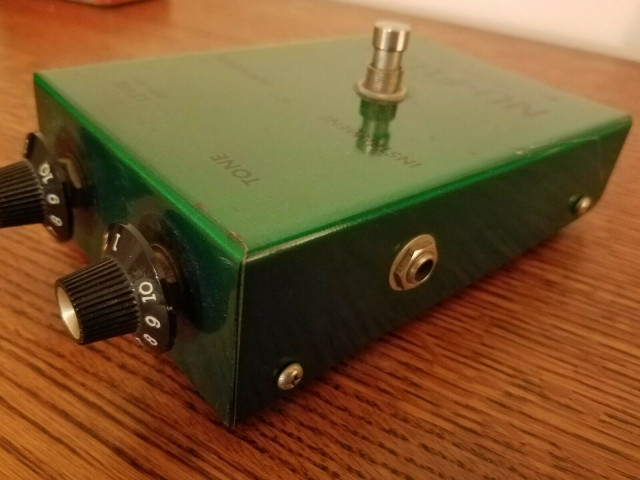