I have a bunch of cheapie ex china LED par cans that I use at gigs. I wanted a lil control over when it strobes vs 'sound activated' and unlike the old incandescent lams, and relayed power switch wont work cos they take ~20s to 'boot up'.
I started looking at DMX controllers/dimmers.. all expensive, most hand based (rather than a pedal) and all way too big for me.
I got to thinking I could just gut a couple of the cans and use the DMX boards (they're cheap enough) but instead I hit up some of the can suppliers and bought a couple of bare boards... first one was a fail (DOA) but the next lot were fine... so here it is.. simple 3pdt between the two boards, one set to strobe, one set to sound active (with a sens pot on the side).. but ideal for my needs (although not used in anger at a gig yet, as I only just assembled and tested). 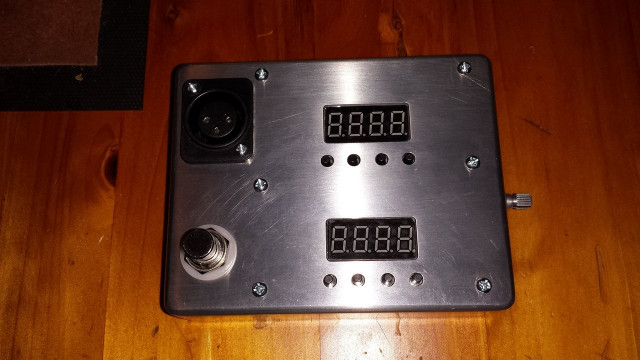 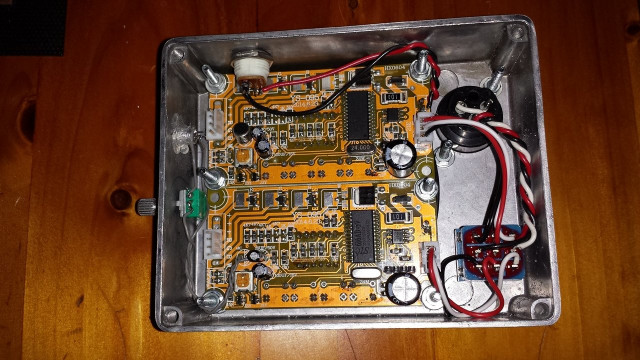 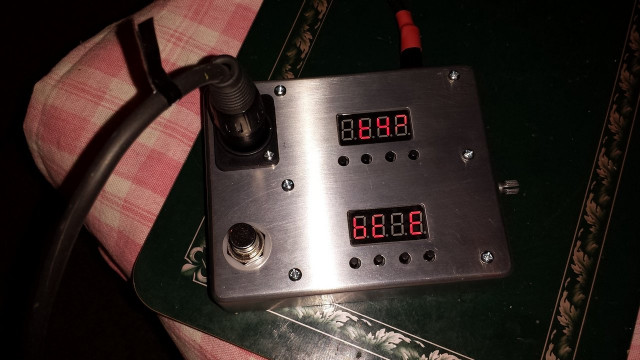 A couple of years ago I had our band DMX lights in to fix, they were intermittent.

I got them home and first job was test the cables, I remade all the ends because after years of use they were chaffed and shorting out, but still the lights were intermittent. I made up an Arduino DMX test box but they were still intermittent. I haven''t had much to do with DMX but remembered that I needed a terminator at the end of the DMX chain so made one up and everything worked fine with both the original controller and my Arduino lash up. 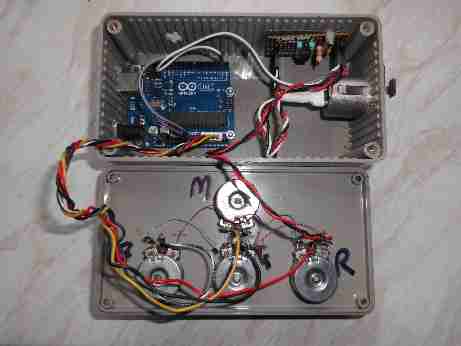 This controls the Red, Green, Blue and Master, we only wanted static lighting.

Unfortunately since then I have had a disc crash and lost the code (as well as 500Gb of accumulated crap and a few files that I actually wanted).
Politics is the art of so plucking the goose as to obtain the most feathers with the least squawking. - R.G. 2011
Jeez, she's an ugly bastard, she makes my socks hurt. I hope it's no ones missus here. - Ice-9 2012
Top
Post Reply
2 posts • Page 1 of 1