a new article by JC. haven't had a chance to go over it all, but it looks interesting!

http://www.lynx.net/~jc/transferCurvatu ... ation.html
"You've converted me to Cubic thinking. Where do I sign up for the newsletter? I need to learn more about how I can break free from ONEism Death Math." - Soulsonic

Some related stuff (in russian, but with links to projects and demos (compared to original vacuum devices)) about vacuum triode emulation with high voltage (180-200V) FETs: 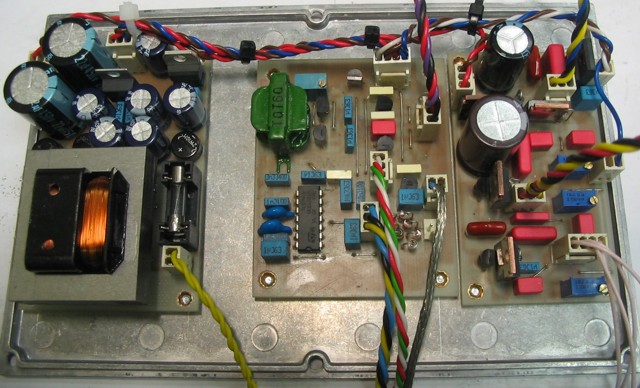 Most of pages on my website http://milas.spb.ru/~kmg/ translated on English, I apologize myself if the quality of translation is poor

I offer the article about using mosfets in gitar amps
http://milas.spb.ru/~kmg/irf_en.html
This is an opinion of one DIY`er and musician:
KMG and OldMike, I hasten to share impressions and at the same time express respect for useful improvements to the CF using mosfet.
Today I tested latest version of the schematics (where the two diodes in the "cathode"), the result is just great!
The prototype had an opportunity to compare the three options: CF on the tube, an ordinary follower on the mosfet and subject.
Now I tell terrible thing ... Subject sounds better than the other two variants! Yes, yes, you heard right, variants KMG and OldMike on mosfet sounds better than "native" CF on the tube!
Resistor at the source for my IRF740A was 960 ohms (1K set), the drop of UA in the absence of the previous stage was 45V. As the diodes used a series of the FR107 and UF4004.
The sound is very musical. Miracles.

and thanks for sharing this information with us here.
I have already visited your site - you Russian guys are doing some very interesting research with jfets too

I have visited GT Lab - some very interesting designs from Anton and Old Mike and you. Xbananov's work is very good too

Welcome to freestompboxes - it is fantastic to have you on board

yes, welcome, and thanks for the info! it's definitely very cool stuff you guys are doing, and i'm sure many would love to hear more about it in the future.

"You've converted me to Cubic thinking. Where do I sign up for the newsletter? I need to learn more about how I can break free from ONEism Death Math." - Soulsonic

And at 200V circuit work much better than at 30V.
All guys who plays on my designs notice wide dynamic range allowing to get sounds from clean trough crunch into deep distortion using only volume control on guitar.

Added article about my way to emulate vacuum triode by mosfet (collectiom of my information on GTLab)
http://milas.spb.ru/~kmg/tubeemulation_en.html