Have a look here for general information about the forum, rules and announcements.
Post Reply
148 posts

Nice work Johan. Facebook was starting to piss me off
"If anyone is a 'genius' for putting jacks in such a pedal in the only spot where they could physically fit, then I assume I too am a genius for correctly inserting my legs into my pants this morning." - candletears7 - TGP
Top

God bless for your glorious endeavors and to this site in general. more power!!!

SWEET FUCKING JEEBUS!!! Suddenly my day at work got a whole lot better. THANK YOU MODMAN!

Glad we are back! Thanks for an amazing forum! 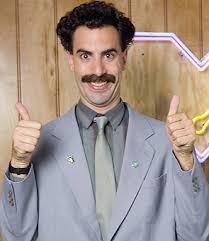 "Now we cheer if someone get's a tweed champ working. I feel like the future was here and we traded it away for trinkets." -diagrammatiks

ayayay! on the other site
Top

Thanks modman.
I am very happy to come agin.
Top

Just wanted to pass along my Thanks and appreciation Modman, in returning to us this place of worship. lol..
I was definitely having withdrawl of knowing what the likes of z-pox-onhis-vex and the others that he has blinded with the book of evil were doing or up to?. And when I saw the forums down, I was thinking "oh no - the pox had won" - but it was more like he took the round but you definitely won the fight. Good on ya mate.

PS: I give you this smilie as your effort and dedication is definitely worthy of.

god bless ya for your effort!

Thanks a lot Modman, and WelCome back

90% of the designs I'll never get to or have the time to build , But
just reading about them is bringing up my average level of understanding .

Thanks Mods [ what irony in a name ? ] that was a tough withdrawal
Top

Glad to see everyone back... Facebook wasn't for me...
Top

Glad to see it up and running again!

Thanks I really missed this site .Thanks for all your hard work in getting it back up.
Top

DrNomis wrote:You know, now that I think about it, it feels really good to be back in freestompboxes.org and be able to pass on my knowledge to others, you know that warm fuzzy feeling you get when you hug an old girlfriend that you haven't seen for quite a few years?, well that's what I feel...*thinks "That's sure to provoke some interesting comments, for sure"*....lol....

That "warm, fuzzy feeling" is called an erection, dude.

Had to be said.

Good to see you (and everyone else) again, DrN...

Great work getting the old girl back up and running, Modman. You da man!

it is a very good week in stomp a lomp.

thanks everybody! nice to see freestomping will go on .

Thanks modman!! Is very nice to back here!!

You are a boutique diyer!!

Thanks for the hard work, Johan... Happy to see the place up and running again.

Return to “Announcements and Forum Rules”