Dont know much about this pedal but its all hidden inside.... 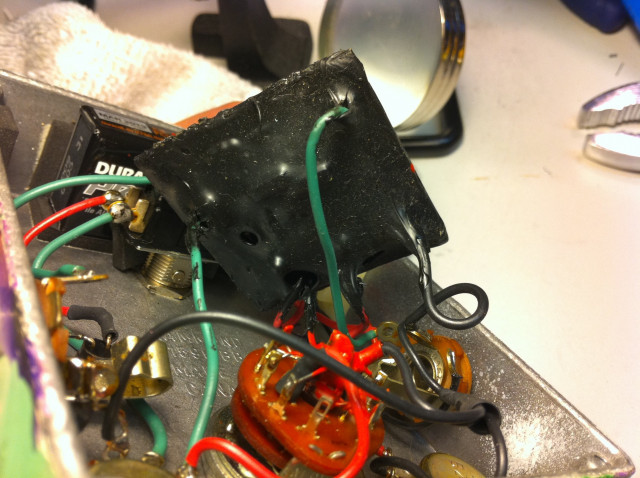 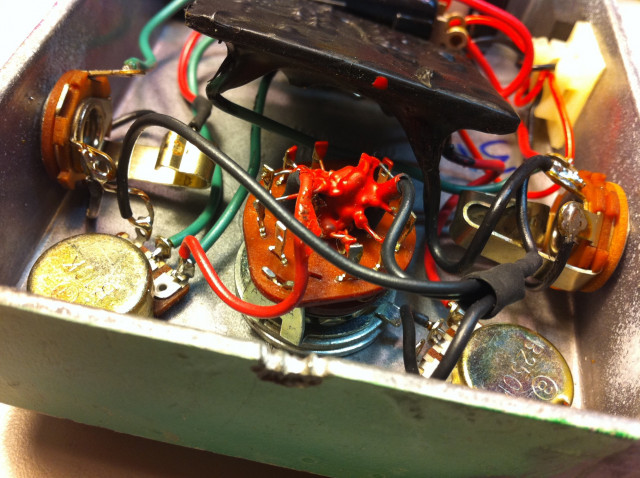 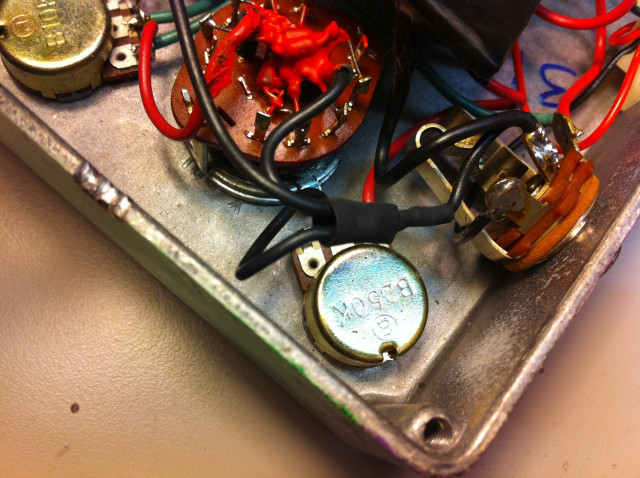 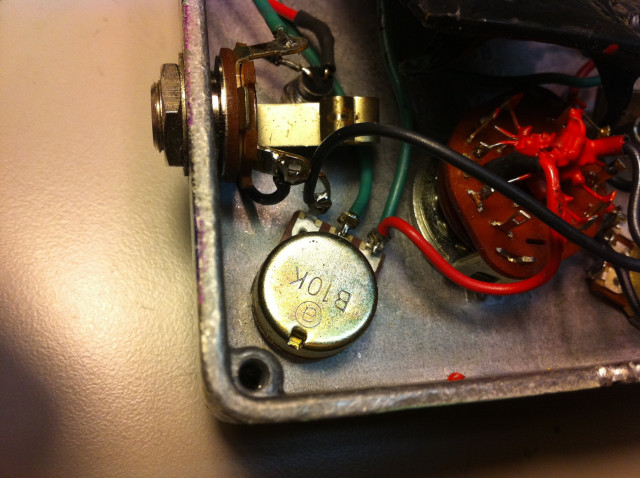 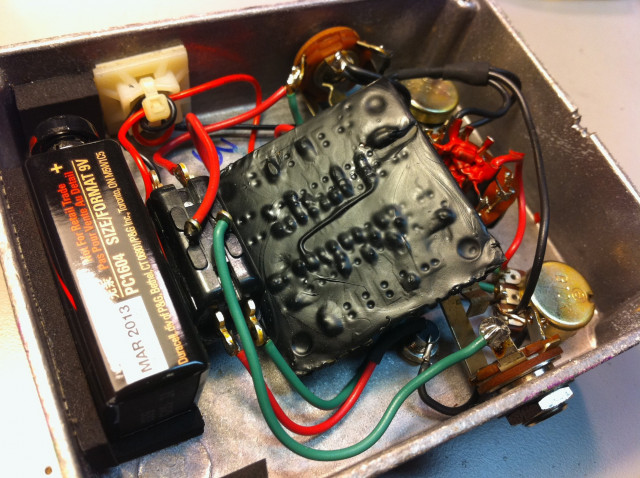 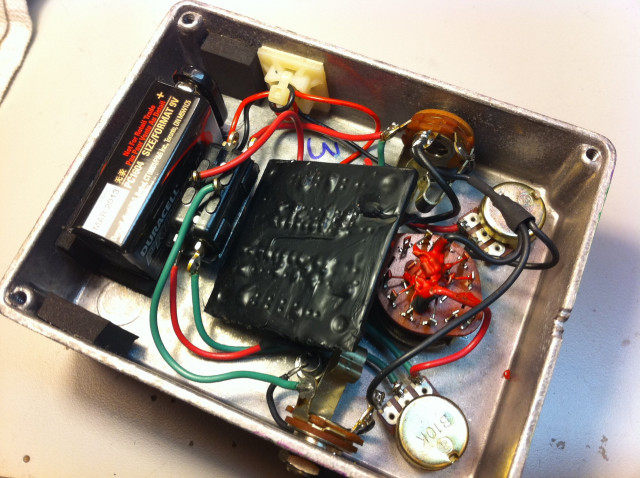 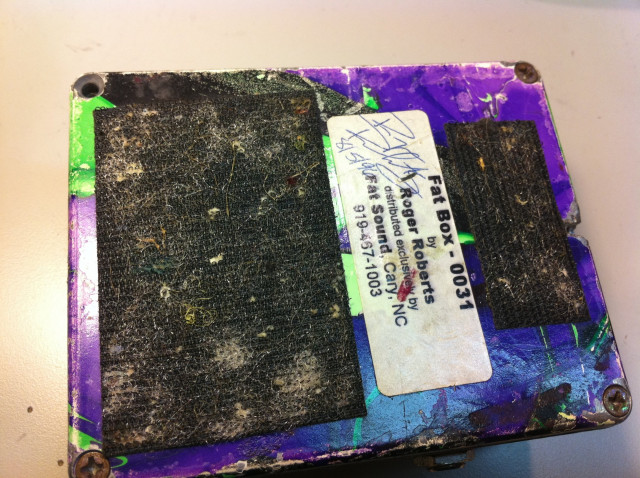 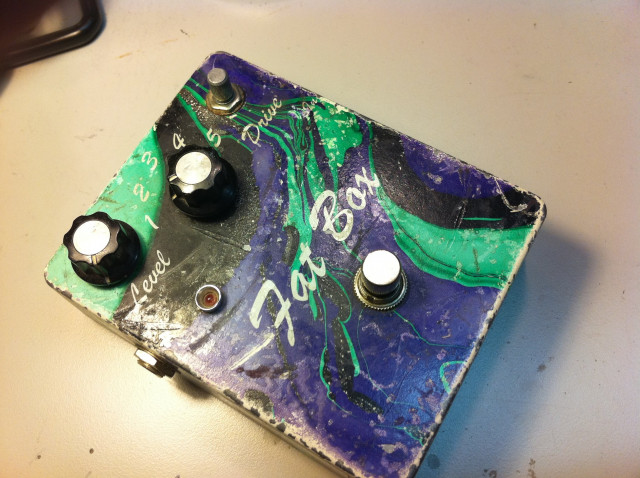 "The man who says he knows everything will never know the truth"
C.S. Lewis
Top

that goop looks like liquid tape. he probably just dips the whole board. looks like the same shit is poured all over the switch, too.
"You've converted me to Cubic thinking. Where do I sign up for the newsletter? I need to learn more about how I can break free from ONEism Death Math." - Soulsonic

You can see through the goop that the board this was made on is one of those radio shack multiple purpose boards. Can't be too much going on under there
Top

Steven_M wrote:You can see through the goop that the board this was made on is one of those radio shack multiple purpose boards.

Yep. One of the IC "spider" boards. Very handy for prototyping; not professional at all to sell.
===
Function f(x), LLC
TightCamera.com
Top

I had one of those. It wasn't a terrible fuzz: had single and dual Ge, dual SI and hybrid settings, although I couldn't really tell that much difference (some settings were fuzzier but it wasn't as big a difference as between a BC108 and OC75 Fuzz Face). At least that's what they said was going on under the hood. Would have been much more useful with a bias knob and possibly a tone knob. Oh well, long gone....
Top
Post Reply
7 posts • Page 1 of 1