It's about time I contributed something, so here's some gut shots for ya. Each of the pots has an insert placed underneath which protect against shorts while also covering traces. Right now I'm not willing to risk damaging the pedal by moving them. I like it too much. Sorry. 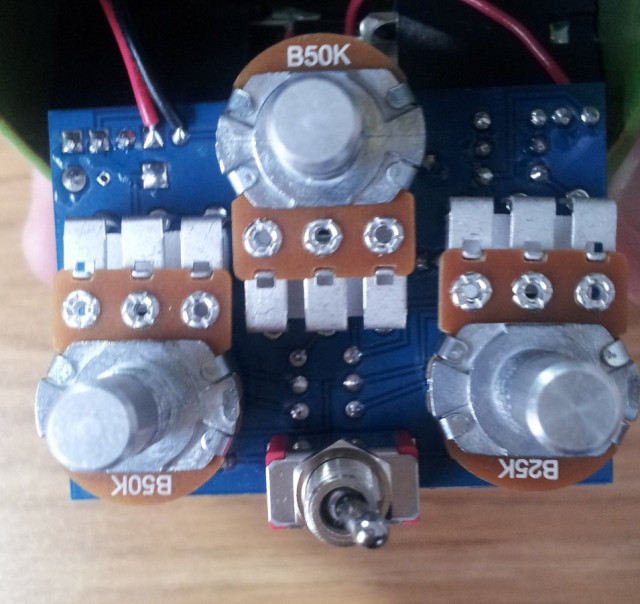 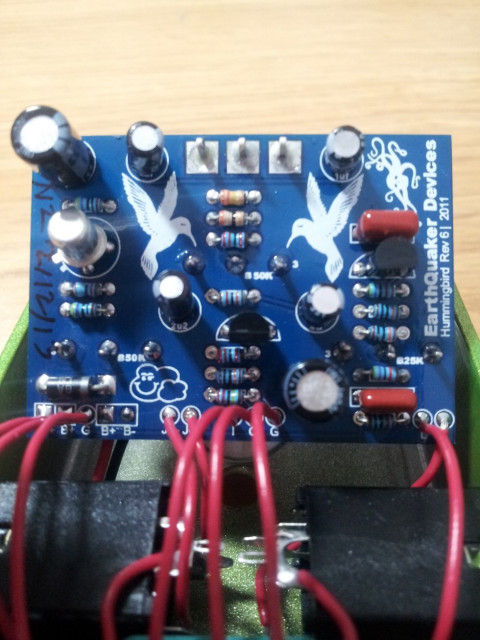 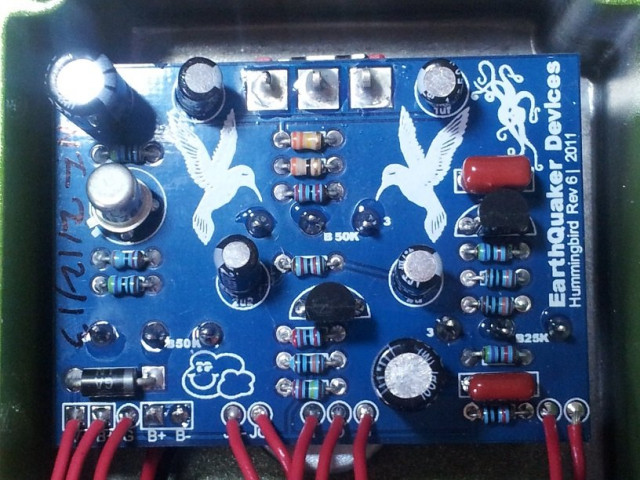 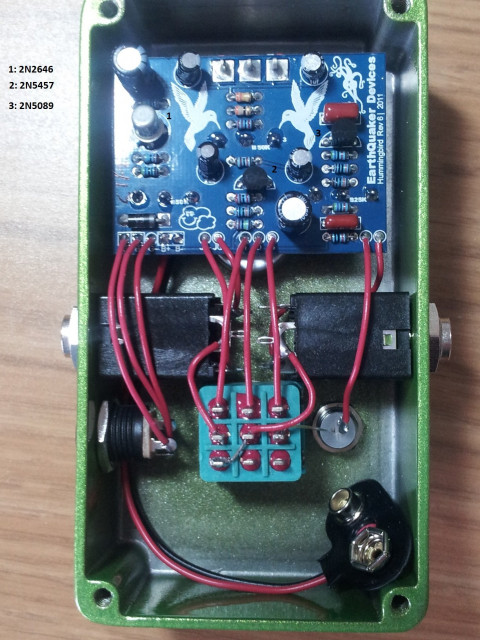 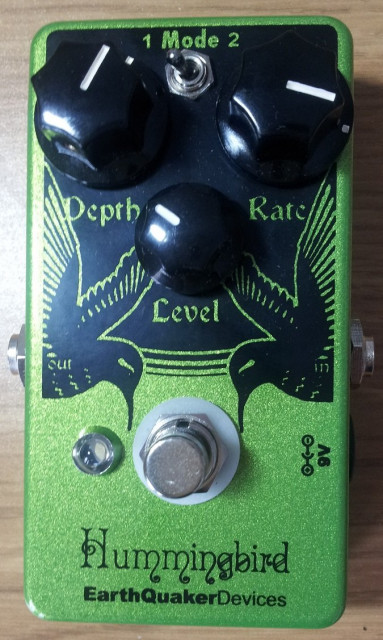 I still haven't traced this, but to give some idea of what's going on with this pedal, Earthquaker says the Hummingbird is based on the Vox Repeat Percussion. Here is a schematic from analogguru, and here is a layout and discussion for that box. You can see the hummingbird is the same 3 transistor build, including a 2N2646 germanium.
Top

square wave wrote:You can see the hummingbird is the same 3 transistor build, including a 2N2646 germanium.

Huh. Not sure where I got the germanium thing from. Thanks for the correction.

oooh the 2N646 is germanium. My typing skills failed me when I was looking up transistor info.

The good people at tagboardeffects have finished the job:

Hello! Issues with this circuit, and with a quick search there have been many others with the same problem.

That was ticking on the effect on, everything runs properly but when not playing any note on instrument the continuous one that makes a percussion of the effect that seems to come from the current and makes the control depth.

I found two layouts and schematic, one has little difference from the other and in both cases the same thing happens. Checking this photo carefully I saw that it looks like it has some more resistors I'm not sure but they seem to be 10M.

I would appreciate any help here. 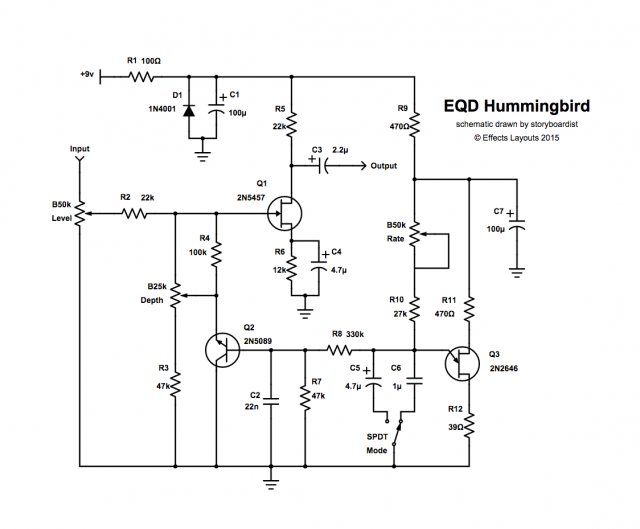 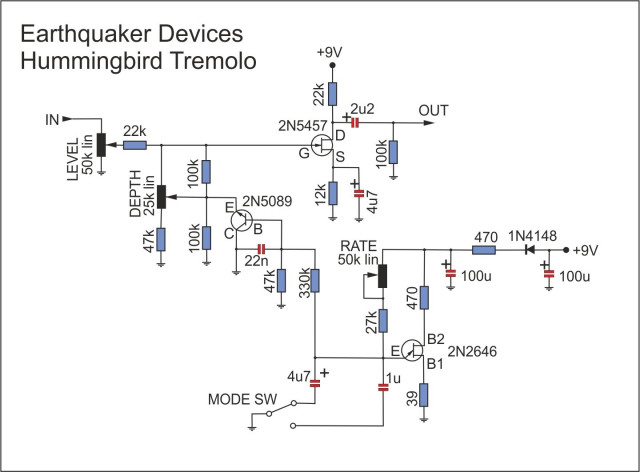 Just to leave filed
I made several attempts with the intention of reducing or ending this ticking.

Changing the depth waveform, changing the capacitor 22n to a bigger one. I managed to almost disappear with the ticking but the wave became more rounded and lost much the characteristic of chop or percussion.

I also tried splitting the power supply to not be the same as Jfet and 2N2646. Which has not changed much of the ticking.

I completely changed the stage of Jfet leaving with an NPN and more like the VOX repeater. But again it loses much of the chop characteristic and the idea of the circuit.

Anyway, everything that tried the things that worked out the most was what changed the sound of the circuit going to other ideas or coming back to the vox reapeater.

Nothing that leaves with the same sound without the exaggerated ticking.

Hi guys, we missed a cap ! according to the gutshots, there is 6 electrolytic and TWO film caps, but the schematic shows only the 22nF !