All of Brian's stuff is interesting. Has anyone got one of these that we can crack into to have a look?
If not, I might be able to buy one in the next few weeks.
Because, y'know,
...FUZZ.

I'm quite curious about this one too and I'm still looking to find one for cheap locally, which so far hasn't been fruitful.
Top 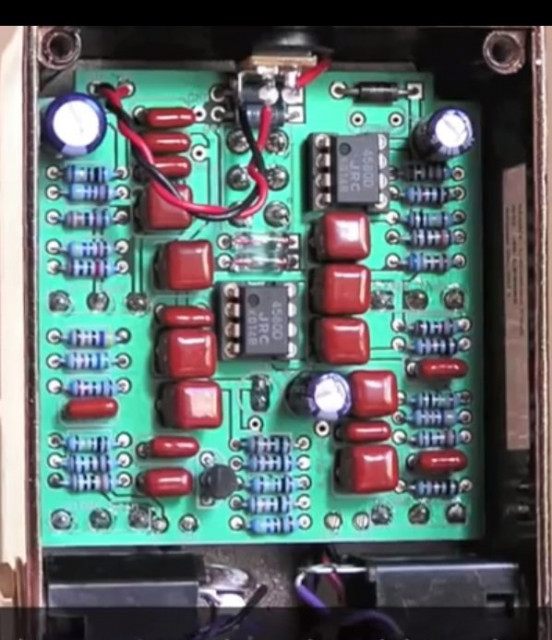 My guess is a transistor boost like the fat side of Velvet fuzz into a BMP IC big muff-like inverting clipping stage with the single clipping pair followed by a baxandall EQ. Perhaps the upper dual opamp is for buffered vref, it looks like only one half is used.

<edit>Having looked again at the number of caps, it's maybe a bit more complex than i have painted it. Would love to see this traced, especially since it is no longer made (unicorn Ge diode shortage?).

Maybe a jfet buffer into a 2 band gyrator between a hard clipping non inv stage and a flat booster? Or perhaps the jfet is last and its set for a slight boost as opposed to a buffer. I have no idea. I think ill buy one and trace it , because at this point its borderline obsession .
Top
Post Reply
6 posts • Page 1 of 1