It looks like this Korean builder did it.
Not sure when the replica pedal will be launched.
But it seems like very soon.

do thieves go running to the cops when you steal from them? 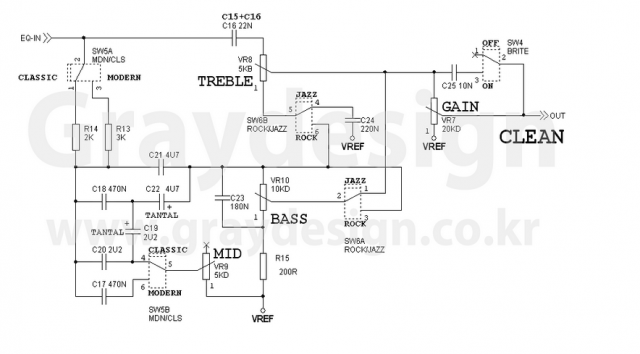 Looks like they crazyglued the smd parts on there! Or is that the new transparant goop the Korean bootique cloners are using these days? Never mind, carry on...
Top

It's a gooped part of ethos.
Top

Here is the link to the actual photo of the pedal.

How to order from that korean site?
Can't figure it out

jfk1063 wrote:How to order from that korean site?
Can't figure it out

Well I don't read Korean but I did a Korean Won conversion: 350,000 = ~ $309. I'm not sure I'm ready to drop that much on it based on a picture! I'll wait until someone with deeper pockets wants to take a gamble or someone throws some pretty convincing ytube vids. But it does get one's imagine going!
Top

Dogma preamp D clean channel clip, https://www.youtube.com/watch?v=9-4_KACWrKE. It would be great if there were subtitles for this clip. Since this is the first clip maybe we should not expect to much. It certainly does not sound like any ethos clips I have heard. The clips use a klon clone and delay so you don't even get the flavor of the actual Dogma. Hopefully they will post more in depth clips.
Top

)? It's pretty cool to see that where most "amp-in-a-box" pedals take the JFET route, this one uses diodes, and a lot of them! I'm curious in what configuration they are installed.
Top

Is there a schematic of this section? Looks crazy. I counted 21 diodes and an opamp that was scraped off. What in the world do you need that many diodes for?
Top

I did my best at attempting to trace this based on phasorman's pictures of the bottom of this board. I'm very unconfident of the input and output resistor/cap config and there's a string of a capacitor and 2 resistors I have no clue where they connect.

Regardless... take a look at the clipping section (I think I traced those portions right). Maybe? They look super odd and not sure how signal would even pass through the way those diodes are?

Malekko Wolftone Sloika style?
https://www.freestompboxes.org/viewtopic.ph ... 83#p217862
I wish I were a chestnut tree, nourished by the sun.
With twigs and leaves and branches and conkers by the ton.
Top

Not quite. The wolftone looks like it uses ground clipping diodes at different high pass frequency responses then filters the highs differently based on the "clipping input frequency", then sums the output of each stage.

This almost looks like fullwave rectifiers to a certain extent. Some clip to some positive voltage bias, while others clip to a negative voltage bias, but the output of the clipping is on the other side of the rectifier... I'll see if I can run a spice model of it but I don't seem to be able to wrap my head around how there's any output looking at the configuration.
Top

Here's the 2 pictures I used to at least trace all the underside of the board.

You're absolutely right! My reply was to your "why do you need 21 diodes?" post.
Somehow, my early morning brain chose to completely ignore the post after that with the trace.

Sorry about that, it looks like you're well on your way to solve this puzzle.
Only a few pieces left. Thanks for all the time and effort you're putting into this!
I wish I were a chestnut tree, nourished by the sun.
With twigs and leaves and branches and conkers by the ton.
Top

So I modeled the input and the first clipping stage in partsim. The input stage is definitely incorrect and has no output to pin 3 of the opamp. However when going to the opamp direct with .35 and .45 volts, it looks like its a soft clipper that can get hard. At .5V, partsim doesn't simulate correctly, I also think partsim just doesn't model everything really accurately. The gain of the opamp should be 11, but I'm seeing more in the lines of about 9 based on the output. Maybe due to the output loading?

One thing to note about the positive and negative clipping rails is the bias resistor choice can make it symmetrical or asymmetrical (in the screen shots, I used 10k for the positive clipping bias due to it being unknown at this point). I think a combo of soft and/or hard clipping with a few carefully sized resistors in the diode paths could yield similar results.

In any case, I think its a pretty cool clipper but without slightly better pictures of the left and the right of the board, I've hit a wall in tracing this out.

Decided to give it a second go after looking at some dumble schematics. It now looks like it makes a little more sense.

Parts that don't look right:
R26 and R35 look really low to be going to Vref. I would have thought they'd be more in the 4k range vs 400 ohm.
These parts will drive the values of The C29||C30||C31 and the C35 capacitors.
The R23 and R47 I have no clue what the values are, but due to the location and I can almost make out 952 on R47 which would be 9.5k but I'm not sure about the markings. R23 is in a similar spot on the first stage, so I think it's safe to assume these should be identical.

C28 and C32 are likely small value caps to make up some of the low pass filtering that occurs naturally in the gate-plate-cathode capacitances of a tube as well simulating some of the negative feedback that dumble notoriously used (plate-cathode cap in the couple hundred pF range).

Positive voltage bias resistor... not sure what value this is. In the twe-1 they used the same resistor as the negative bias but filtered to Vr vs ground (information based on the derailer overdrive from pedalpcb).

If going with the scaled dumble architecture, I think R48 should be 1.5k vs 1.7k, but that doesn't matter much.

Just for reference, R18 is 22k in the pedal, and if you look at the input stage of the dumble amp, its 220k followed by a 100k trimpot similar to the R19 resistor being 10k, then the gate resistor being 68k similar to R20 (6.8k). Looking at the rest of the parts, it looks very similar to the dumble topology scaled by 10, so it made me a little more confident in how everything was arranged.

After viewing some dumble schematics, as far as the overall schematic topology, I have reasonable confidence in about 75% of the circuit at this point even if some of the connections are assumed.

The first set of diodes looks like it just clips the input so as not to overload the first IC into slamming rails.

If someone else with better eyes or a better screen for viewing these can take a look at the positive bias resistor, R26, R35, R23 and R47 values and confirm or correct these values, that would greatly be appreciated! Some of these values will drive what I think the capacitors 'should be'.