Just finished up an Amptweaker Tight Metal (thanks again to JokerX & several others solid work on the tracing thread btw) and if you haven't already, I highly recommend building one for yourself, the hype is real. For those unfamiliar with this line of pedals, they all come standard with what Amptweaker calls a "Side Trak". I thought this feature interesting enough to post up a quick look at what it is & how it's wired. Simply put, this is an effect loop built into the pedal that switches on when you switch off the effect & vice versa (as long as something is plugged in, otherwise it will automatically do true bypass). Here's Amptweaker's promo on it....


"A new cool Amptweaker feature is the SideTrak™ effects loop. Several requests led to this extra effects loop that switches OFF when the pedal is turned ON. Since the TightRock makes such a good ‘solo’ pedal, it’s the perfect pedal to introduce this unique idea.

It can be used to add a compressor, chorus or chain of effects that will only be ON when you play clean, or use it to switch to another distortion pedal to use for the rhythm sound…all without having to hit more than one switch….it’s like having a built-in A/B box. A green LED alternates with the normal red one to indicate that the loop is active when the pedal is bypassed.

Another cool SideTrak trick is that if you only plug in the SideTrak SEND, and don’t plug in the RETURN, then that Sent dry signal can be sent to another amp…..meaning you could for example have the TightRock going to a 4x12 halfstack while sending your clean tones thru a Twin or some other clean amp. All this ability comes from two simple jacks on the side of the pedal!

All other features from the TightRock remain intact..."

Now you may be thinking it's not all that exciting but what makes this attractive imo is it can be added to any pedal with virtually no mods and only the cost of 2 switching 1/4" jacks. Assuming you're using a 3pdt, the send/recieve lines and even the 2nd LED can be wired directly off the footswitch and that's all there is to it. 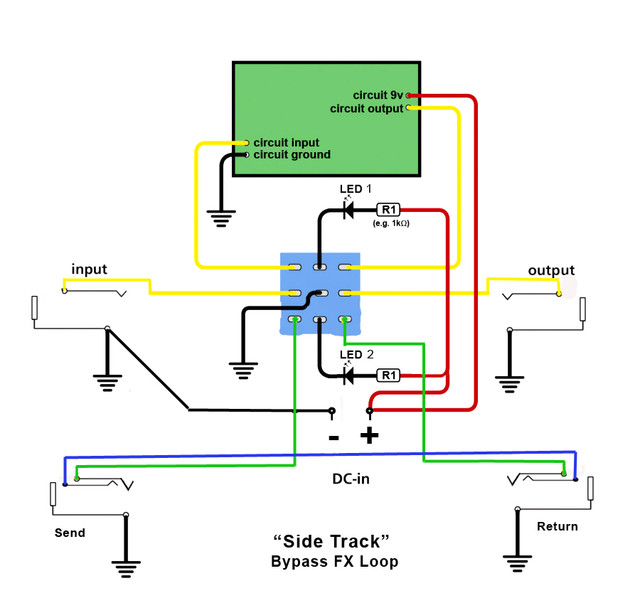 This is the jack type used 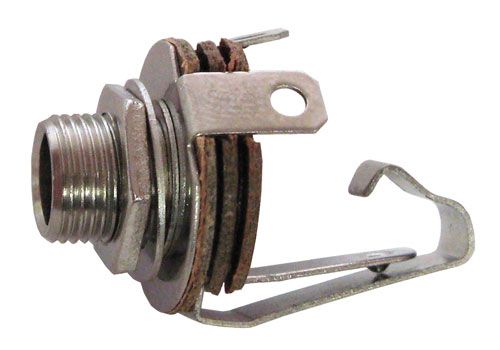 It's a simple and good idea. This works well.
Top

If the 3PDT were used to switch the supply to the anode side of the LEDs, and the bypass loop LED's cathode were connected to the ring terminal of the send or receive jacks, then the bypass LED would only light if the bypass loop is connected.
Top
Post Reply
3 posts • Page 1 of 1