by analogguru
Somebody knows how much gold or platinum is inside this pedal, that makes it worth why somebody should inwaste $499,-- for it ? (Thats more than a Klon centaur):

analogguru wrote:Somebody knows how much gold or platinum is inside this pedal, that makes it worth why somebody should inwaste $499,-- for it ? (Thats more than a Klon centaur):

Oh unfortunately no gold or platinum contained. This pedal sold to distributor for 156USD, retailed likely at 299USD. As you can read it was only played for two hours and obviously the playtime invested gives it 100USD/hour........

Oh yes CAF's are still made, not that many due to that it takes a personality to like the sound and behaviour of the CAF and besides I have 15 other more popular models to make.

OK so what do you think drives the market?

Last time USD fell like that I lowered my cut by 10%....very foolish one might think today as no manufacturer can direct the market


What It Is Steven Bruton

Have fun
BJ
by DougH
If not many are made and there is a waiting list, perhaps turnaround time drives the prices of resales of current in-production effects on Ebay. Who knows?

I would not expect much logic out of Ebay sales. I saw Jay Leno the other night and they had an Ebay auction segment. People paid hundreds of USD's for an abnormally long french fry and the socks of a photographer who was run over by Brittany Spear's car...

by JHS
A lot of guys on ebey bid for stuff even if the price is already astronomical without any intention to buy it and afterwards don't pay. Somebody on TV called them "fun bidder".

JHS wrote:A lot of guys on ebey bid for stuff even if the price is already astronomical without any intention to buy it and afterwards don't pay. Somebody on TV called them "fun bidder".

Those bidders are certainly not "fun" for the seller.

Oh well...if a seller is asking a completely stupid price for something, then they deserve the headache....still, I've sold stuff at no reserve, had the price go sky high, and then find out that the winning bidder (and sometimes the other high bidders) has no intention of paying.

by Seiche
Found this on an old hard drive

by johnk
i built one using this schematic and it's an awesome fuzz: 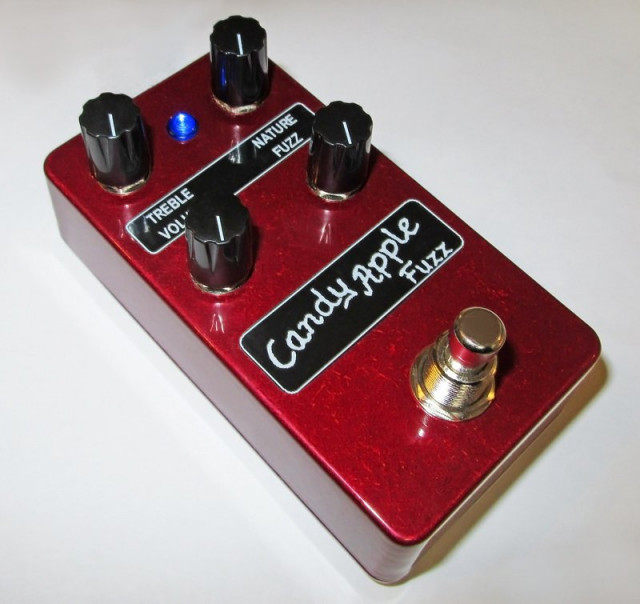 Looking at this quickly, there seems to be only one difference (except for rounding of part values like 14.7k to 15k)

There is an added pulldown and elko in the nature control region. What kind of difference would that make?

by Ichabod_Crane
I'm not sure what means Seiche, but I'm looking here, too: https://tagboardeffects.blogspot.com/201 ... -gold.html
This is the layout:

I still didn't look the whole schematic, I have no much time right now, sorry. but I guess the tagboard layout includes an extra 1k resistor in the Nature lug 3 path. Indeed in the schematic posted above and in the John k's layout I can see just one 1k resistor, on the lug 1 of the Nature pot.

by Seiche
Maybe there are some differences between bjfe and bearfoot?

by Seiche
Nevermind, I'm stupid, the 10k and 22uF are right there in the schematic I posted. The 1k as well. And they are all in the layout from tagboardeffects.

the 1k is not in the russian schematic though. What difference would that make? Enough to justify putting it on a switch? I feel like "no", but maybe it is.

by Ichabod_Crane
Anyway I realized I made a mistake, too: BJT and Bearfoot are two different pedals. The Bearfoot is that with four knobs.

About the extra 1k resistor I guess it reduce a bit the range of that control. I can't see any reason to use a switch to take it off beacuse you can set the "limited" range just with a slight movement of the pot.
I suggest to exclude it if you want to control the max range of the Nature pot.

My bad, I posted this in the BJF thread because I didn't want to make a new one and they are related and there was no info here, yet.

by Dingleberry
Take a look of the univox superfuzz schematics. The "octave generator"-section is actually similar just with different values.
Should there be a 51k resistor from power rail also to the second transistor (of the octave generator section) base to make it work correctly?

by Seiche
So I've built this and made a few observations in my build:
- I used 2N5952, BC550, MP38A transistors
- the 1k at the nature control makes a difference. Bypassing it leads to motorboating in the nature control on the very right, but can be managed by turning down the gain. Keeping it in the circuit makes it a tamer version, leaving it off allows more extreme settings.
- the nature control works weird. Not sure if it's the taper. On the very left it gets really quiet and only useable on the right half. Also very interactive with the gain control.
- the treble control is very subtle.

build this and figure out how to do it LOL

johnk wrote:i built one using this schematic and it's an awesome fuzz:

by EmmG
Comparing a normal Candy Apple Fuzz, with a Gated Apple Fuzz shows a trim pot in series with, not instead of, R18 (5.6k). I don't know the value.
I've been experimenting with pots and find anywhere between 2k to 10k usable. I can set it so it gates only the hiss and background noise, while preserving sustain, all the way to heavy gating.
I'm curious how close this brings it to the Candiru or the others with the 5th gate control. 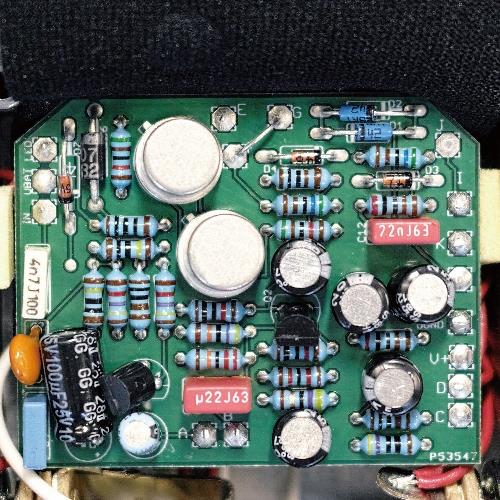 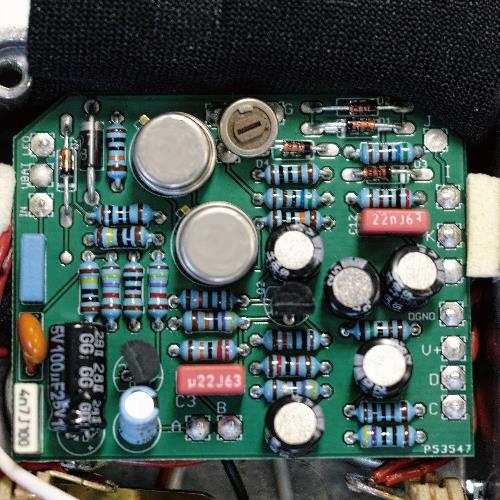 by jalmonsalmon
I have not had a chance to mess with this one... But a trimmer is the only difference? nice

EmmG wrote: I'm curious how close this brings it to the Candiru or the others with the 5th gate control.

Bearfoot is selling the double version on reverb for 115€ right now. Must've not sold very well.
All times are UTC+01:00
Page 1 of 2