Discussion regarding early stompbox technology: 1960-1975 Please keep discussion focused and contribute what info you have...
Post Reply
12 posts • Page 1 of 1

I see connection diagrams of HEATHKIT TA -28 well, but there are little the inside images.
It is the image which it found at auction. 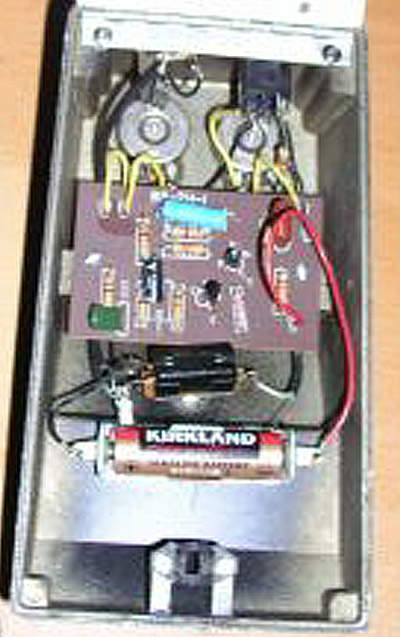 It is the layout that it watches a connection diagram from this image, and it thought about.

When there was a mistake, please teach it.
I am sorry in strange English.
Top

Do you know if this is the dirt box mike farner used inside his messenger guitar??

snail hello.
It is written such a thing that I read his interview.
I am a fan of MARK FANER.
I was troubled.
I made several FUZZ with a connection diagram of TA -28, but a sound same as him does not come out.
There are many mysteries.

The sound will be enabled with his messenger guitar and WEST guitar amplifier.

Because his environment was not available, I made the woolly mammoth which became the topic in this site.
I think that it is a sound to resemble closely.

However, there is not the woolly mammoth in those days.

I am sorry in strange English.
Top

I am sorry in strange English

No problem - we understand - thank you for the pictures

Thanks again Gori, and you make yourself perfectly clear!

I guess the west amp plays a part too.

I've allways been facinated with mike's tone on "got this thing on the move" song from the red album, but never could dial it in. One of the most wicked fuzz tones ever recorded IMHO.

If anyone has any input on this one I'll be really glad to hear.

Guys,
Did anybody save the schematic? Link is dead.
Going through this folder to index it, trying to get to page 8

thanks
Please, support freestompboxes.org on Patreon for just 1 pcb per year! Or donate directly through PayPal
Top

Funny how different the tone control looks when it's not drawn out in a more customary manor like in AGs schem.
I guess it's just the way you get used to seeing things.
Top

i want to fix the drop out i heard someone long ago tell me ya can take a resistor out and drop a trimmer pot inside and it will give a nice unity gain boost to fix the fuzz to be louder w/out drop out,i have a shin-ei fuzz does same thing i just donyt wanna trash the vintage units all garage finds but good ones!!!!!!!!!!i did find a way to get 2 tones from the shin ei w/a wire and spdt mini switch..get the nasal and thicker tone nice find..anyone know email id be grateful...i have tons vintage op amps trsans,caps ect talk shop new to posts older guy into tone...thanks neat site fellas..spooky59........
Top

please use the search function before you start a new topic.

thanks,
analogguru
There´s a sucker born every minute - and too many of them end up in the bootweak pedal biz.
Top


on this schematic, put a jumper across R8 for minimum intervention, or replace it with a 10K trimpot if you prefer...