Ok, you got your soldering iron and nothing is going to hold you back, but you have no clue where to start or what to build. There were others before you with the same questions... read them first.
Post Reply
18 posts • Page 1 of 1

How do you (mount/attach/secure) a battery clip to the inside of an enclosure. I've been at this for a couple of years now, and it just slays me that in that time I've learned how to build and even design my own effects with op-amps, transistors, mosfets, etc., but I still can't keep my batteries from banging around. I have those silver, 9v battery clips. I've tried a touch of JB weld and epoxy, no dice. Anyone?
Top

Two of those to the lid, from inside to outside 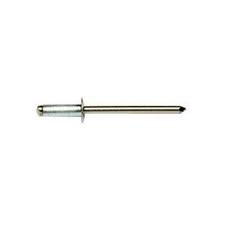 I simply use a small M3 bolt/nut combination to hold the clip in place....works for me....

I have the same gripe. I do use a pop riveter to hold battery clips in place, and hold it does. However the the little stump that the riveter leaves on the back side is maddening and it takes up room inside the battery clip and makes the battery not fit. For example, these clips from Eagle Plastics hold the battery great before theyre mounted, but after they have the rivet stump sticking through them the battery doesnt completely seat in the clip.

The only solution ive found so far is to use these clips that Pedal Parts Plus sells. They dont really have a retaining lip like the Eagle ones so the battery can fit in there snugly without being fully seated.

The thing is that i'd LIKE to use the Eagle ones. Partly because i have a lot of them sitting around, and party because i really like doing one stop shopping at Mouser! How the hell do you guys get those things to work?!?
Top

How about some strong adhesive instead?
Ignorance more frequently begets confidence than does knowledge. (Charles Darwin)
Top

FiveseveN wrote:How about some strong adhesive instead?


That never works. Epoxy and stuff like it is strong, but when you put a battery in the clip, the clip flexes and usually pops right off of the enclosure. It doesnt help that there's not much on an enclosure surface for the epoxy to grab onto, either. Beyond all that...its kind of a pain. There SHOULD be a way to do it all mechanically.

I suppose one option would be to use the 3M "red-back" double stick foam tape, but again a mechanical linkage would be superb.
Top

The way I've been doing it lately is drilling a hole in the back of the enclosure, then threading it with a tap and die kit so I can screw the clip right to the back. Just have to file off the screw so it's flush to the back. A 4-40 screw usually has a small enough head to still get the battery in.
Top

I use this Keystone#95, from Small Bear. Rivet head (wich I put from the inside) is flush enough to let the battery fit very well, without going anywhere.
Also, I use this kind of plier that let me do the job easily. 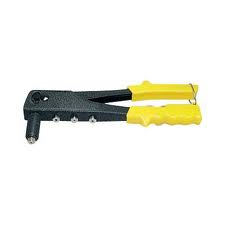 Eh...but then the Rivet Stump is on the outside of the box, which aesthetically would drive me bananas.
Top

You could use something like a mesh battery bag you'd use in an acoustic guitar with soundhole mounted preamp controls where you don't want to put holes in the sides of the guitar for a battery box. http://www.stewmac.com/shop/Electronics ... y_Bag.html
But that is pretty expensive like everything from Stew-Mac...
If I have to have a battery (I am planning on selling the pedal in the future), I just mount my 3PDT so it sandwiches the battery with the side wall of the enclosure and then glue on a thin bit of foam on the enclosure side as needed to make it real snug so it won't move from side to side easliy. Not really an issue in 1590b's and 125b's but in a 1590bb snugness is key. For my personal builds I forgo the battery so I can use a smaller enclosure and save space on my pedalboard.
"I wish to be in the situation of non killing my balls bills, and life surprises." -Sinner
"Everyone gets their shorts in a twist over who polished the fenders. No one cares about who designed the engine..." -DougH
Top

Dr Tony Balls wrote:Eh...but then the Rivet Stump is on the outside of the box, which aesthetically would drive me bananas.

Yeap, but it's a little one... well, two... in the underside. After file work, you'll see nothing but two little nipples.
A minor problem for a practical solution, for me.
Top

I'm really thinking out loud this may not work either
Top

So, what about using some velcro grip under the battery holder?
Top

Anyway, before I stopped using batteries in pedals (which is better for the environment, saves space, and requires less upkeep), I just held them in place with good old duct tape. It worked well.
"How come they don't fly away?"
Top 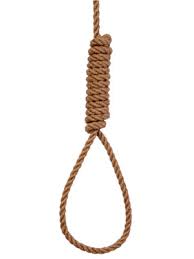 travsbluz wrote:I don't have one of these to try this, but...

I did this using "J.B. Stick" epoxy putty, and it worked pretty well. After it was cured, everything was fine. You also want to rough up the metal parts that are going to be glued with some coarse sandpaper.
"Analog electronics in music is dead. Analog effects pedal design is a dead art." - Fran
Top

Zokk wrote:So, what about using some velcro grip under the battery holder?

I've been velcroing everything lately - PCB, battery clip, wires etc, so far so good, nothing has fallen off yet after a couple of weeks of use.

Velcro will keep the battery clip in place, regardless of the bend.

I use double-sided sticky foam pads.

They flex with the clip when you insert/remove the battery.
Top
Post Reply
18 posts • Page 1 of 1