A few days ago in my service popped in LGXT Godin guitar for repair.
The guys from the company RMC did not want to give me schematic for Poly Drive X preamp,
so I had to draw it. This is my drawing of the preamp for all those who need it as a reference or personal use.
More photos and information from my workshops on my Facebook page. https://www.facebook.com/pages/Apollo-M ... 5494552791 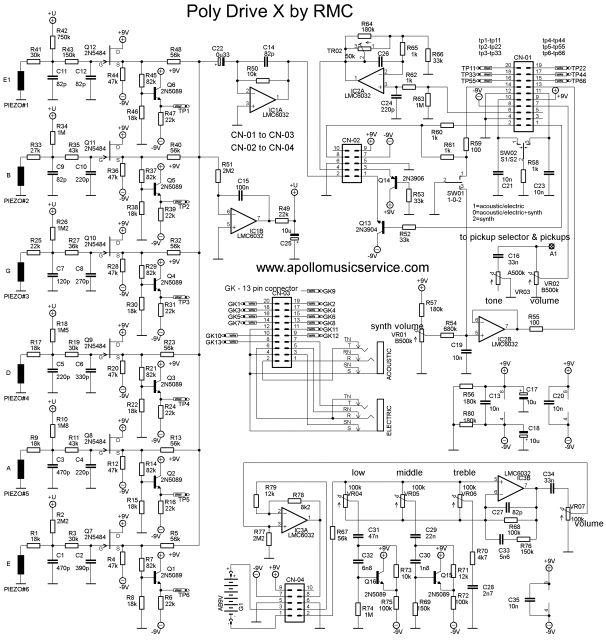 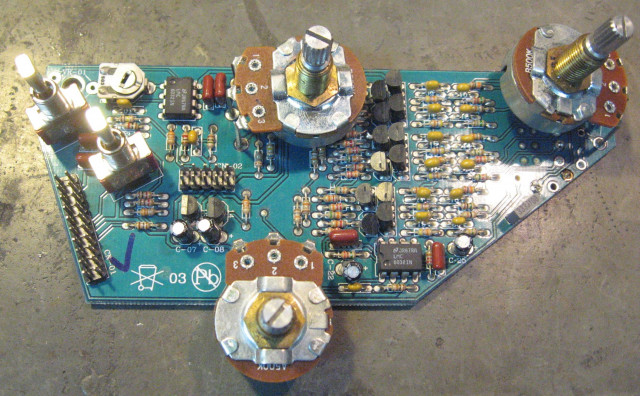 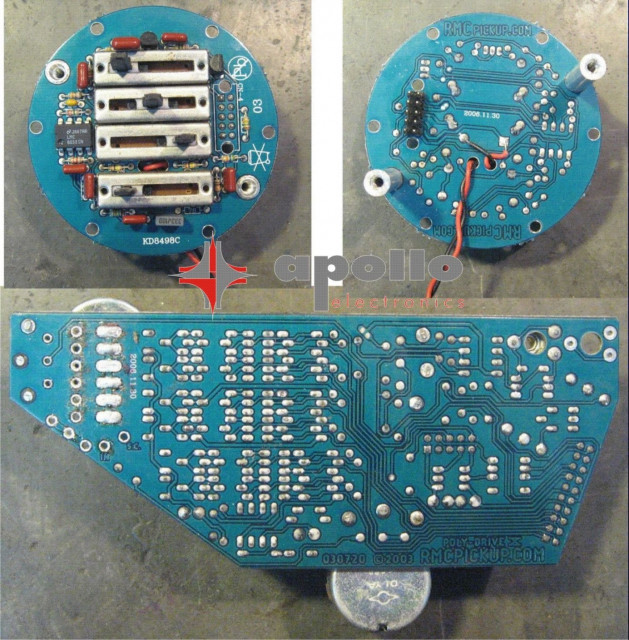 They made a revision in 2011. I ordered one. I can offer shots since I haven't installed it in my guitar yet.

There are a couple of mods from what I see, the most noticeable is the presence of two additional transistors and the swap of a tone cap from 33n to 47n...
Patafix... so sticky
Top

Thank you so much for posting this. I needed to replace the battery connection - and your pictures helped assure me that it was going properly polarized!

Thanks fot the big job done! I'm still puzzled by IC1B though.
Sorry. Plain out of planes.

One would expect U+ to be some kind of biasing voltage for the 6 FET's. For that reason it's rather odd to see that the opamp that seems to source this U+ is derived through an integrating opamp from the summing bus of those FET's.

I am sure more the brilliant minds see the logic of the setup straight away.
Sorry. Plain out of planes.

guys, its called a servo.

Black Dynamite wrote:you need to shut the fuck up when grown folks is talkin.

Yes, a-DC servo. Continue on the why?
Sorry. Plain out of planes.

I doubt there's a strong reason why. probably just because they could.

Black Dynamite wrote:you need to shut the fuck up when grown folks is talkin.

The individual input circuit/eq for each piezo is really interesting. If someone can simulate it, i would be very curious to see curves of the different individual input stages...
Graphtech piezo doesn't do this kind of induvidual tweak with their simple summing board.
Top
Post Reply
11 posts • Page 1 of 1