Discussion regarding early stompbox technology: 1960-1975 Please keep discussion focused and contribute what info you have...
Post Reply
6 posts • Page 1 of 1

this was posted in a facebook group, no info, no source.

Usual Google Fu nah work -- not even a picture of the unit. But there is a lot of info to go by... name of company, location. 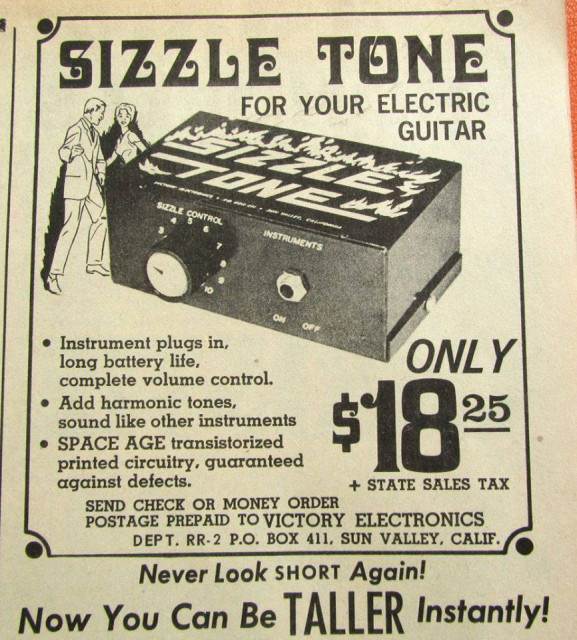 I found hardly any trace of Victory Electronics in Sun Valley California...
But I did find this Google cache snippet...

If you want to see the actual article, there's money to be paid. But all the info is there... In 1969 the business name "Victory Electronics" is published as a fictious name, it's a business startup. But there is no real adress, just a PO box... Maybe Victory Electronics HQ is not on the west coast. Here's a snippet from the 1960 Electronics Industry publication (a boat load of 60s eye candy) 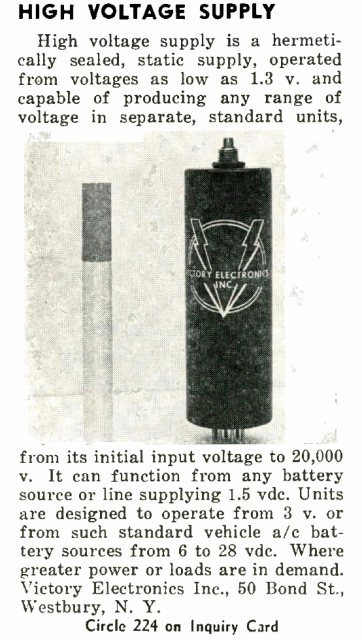 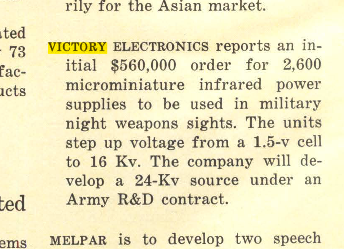 A 1966 court case summary sees them in court regarding "inexcusable irresponsible" behavior regarding military contract.. 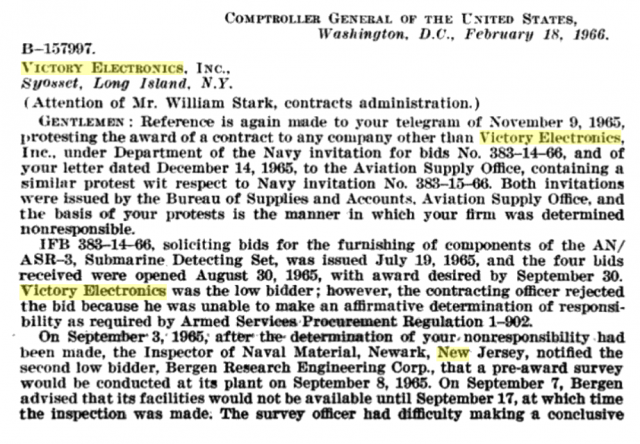 But one thing caught my eye much too late.... check the font on the advertisement: it's not the same but very much in the same vein:

Maybe this is a bit of a stretch, remember New York is a big place.... but let's check the distance from EHX office to Victory Electronics on Bond Street... 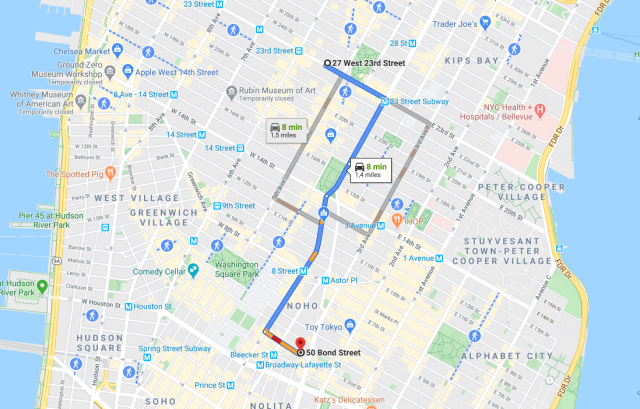 it's just an hypothesis... EHX did change their crazy fonts a number of times even before making them consistent... and the one knob sizzle tone could be an LPB.
It's also telling that no one seems to have ever seen the actual unit? Was it even actually produced? No trace of it on effectsdatabase even...

My guess is the Victory in California is in no way related to the one in New York.
"Analog electronics in music is dead. Analog effects pedal design is a dead art." - Fran
Top

I agree. I also recognise seeing this font type in several different places, such as album covers. It's probably some fairly "common" type. Someone with graphic design background could probably tell exactly what it is. E.g. Electro-harmonix logo uses font called "Skjall" but it is different than this one.

But why this thread? Is it just general interest in effect unit history or for the history of that particular company. Or are wondering what's inside that box?
Top

teemuk wrote: ↑07 Jul 2020, 07:14 Someone with graphic design background could probably tell exactly what it is.

My obscure skill set is finally of use!
The Sizzle Tone font is Davida from 1965.
Bonus trivia: That Big Muff font is older than you'd think but had a revival through Art Nouveau.
Ignorance more frequently begets confidence than does knowledge. (Charles Darwin)
Top
Post Reply
6 posts • Page 1 of 1