All about modern commercial stompbox circuits from Electro Harmonix over MXR, Boss and Ibanez into the nineties.
Post Reply
3 posts • Page 1 of 1

After a recent post about a JOYO pedal with a Freekish Blues label in it I decided to take apart my pedal to see what was inside. It turned out to be a J Wong original. While it was open I dismantled it and took a few pictures. I didn't spend much time tracing things out but it appeared to be a typical EQ pedal, input and output buffers and six gyrator circuits built around opamps. Oh and with True Bypass.

Not much to say about it. The sliders light up when the effect is engaged. It isn't dead quiet but not overly noisy either. If anything else comes to mind I'll add it in. 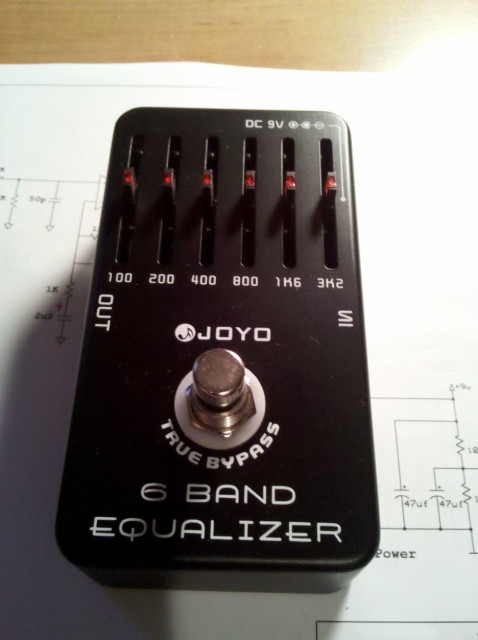 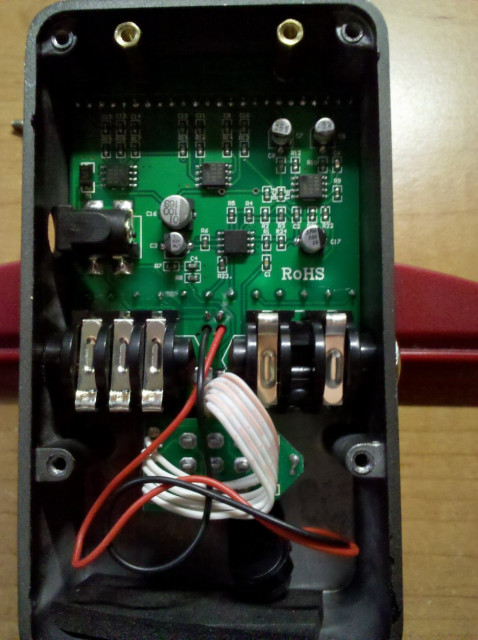 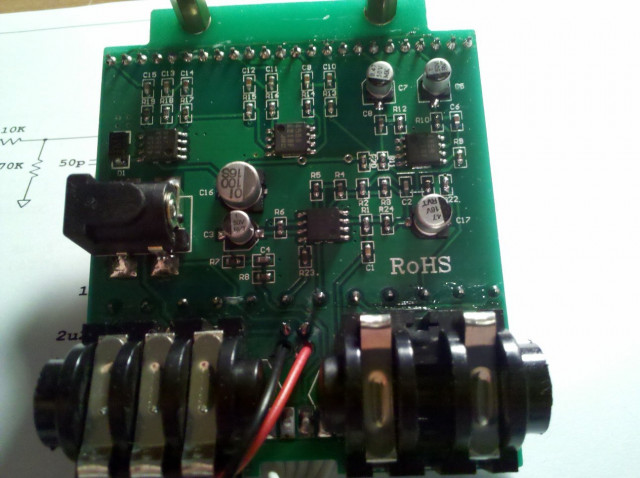 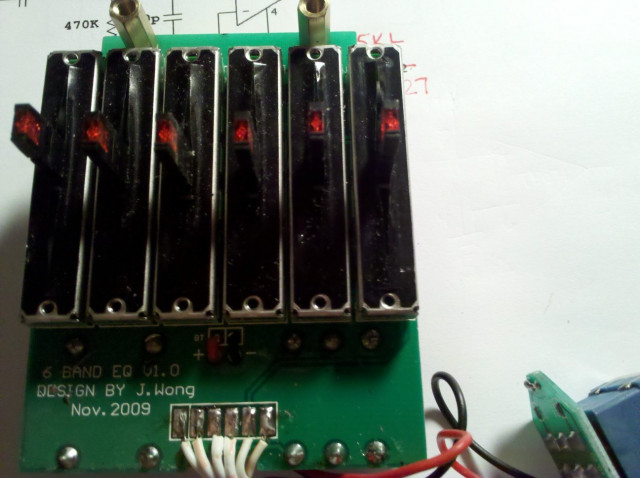 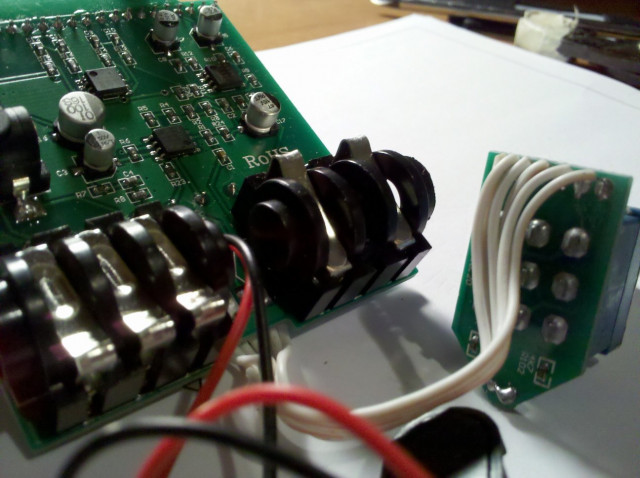 Pots in the joyo/caline/etc ones are linear btw instead of W taper... so they act a bit weird.
Top
Post Reply
3 posts • Page 1 of 1