Forum dedicated to helping people debug and troubleshoot non-functional pedals or builds. Please use an clear and informative title, indicating circuit and basic problem. Don't forget to mark the issue as fixed if this is the case.
Post Reply
6 posts • Page 1 of 1


And from the component list there's a few changes between each variant, not just the diode clipping:
https://ibb.co/YbYN49N

But I've seen a lot of posts saying just change the clipping diodes to toggle between variations - so wondering if the toggle of diodes is enough or should the extra components be changed too?

I'm looking at trying to build a multi-rat pcb and toggle via rotary - hence the question.

Thanks in advance,
Darren
Top

darrencp wrote: ↑12 Oct 2021, 08:08 so wondering if the toggle of diodes is enough or should the extra components be changed too?

In all honesty, it depends on what you are trying to achieve. 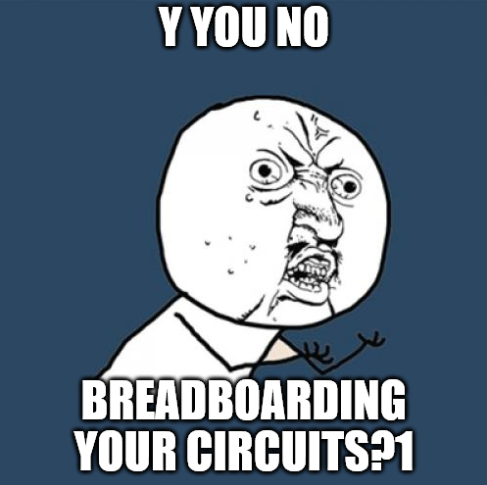 I really dislike breadboarding (because I am colourblind, and dread messing up my component stock and buggering up a build), and I don't think simulating will give you the answers you seek.
I'd layout a little board, get 10 from china for little money. Has the advantage that you simply put the one you like best in a box.
Or build one with relays for the component variants like the jhs pedals (muff and tubescreamer)
"It crackles....., but that's ok"
Top

We'll what I'm trying to achieve is asking if a toggle for only the diodes works or does it need a full component swap to have a multi-rat box?

I'll breadboard it and try it - was just asking in advance incase someone (which I'm assuming they have) has already done it and could save me one job.

@jarno - how weird... I'm colourblind too, so I feel your pain haha

35% of the male population, so yeah

Different things will have different outcomes, but if you only do the diodes, then yeah a switch will do. Add a socket for the opamp so you can pull it and put in something else.
"It crackles....., but that's ok"
Top

That project is not entirely accurate. Most notable is R12 which is NEVER omitted in the Turbo RAT and is necessary for the Turbo RAT to sound right. The Turbo RAT also orginally used the LM308 op-amp not the OP07.

R14 was necessary for the status LED that was added to the RAT2 and Turbo RAT - known as the "RAT bypass LED" circuit and not shown in that project. It also necessitated the change from 1u to 10u for C13. When the RAT went to 3PDT bypass switching, those changes were reverted. They don't really affect the sound - so R14 is unnecessary and C13 should be left at 1u (unless you are adding the "RAT bypass LED" circuit).

This will give you accurate sound for all three variations.

See this RAT schematic for a clearer understanding. 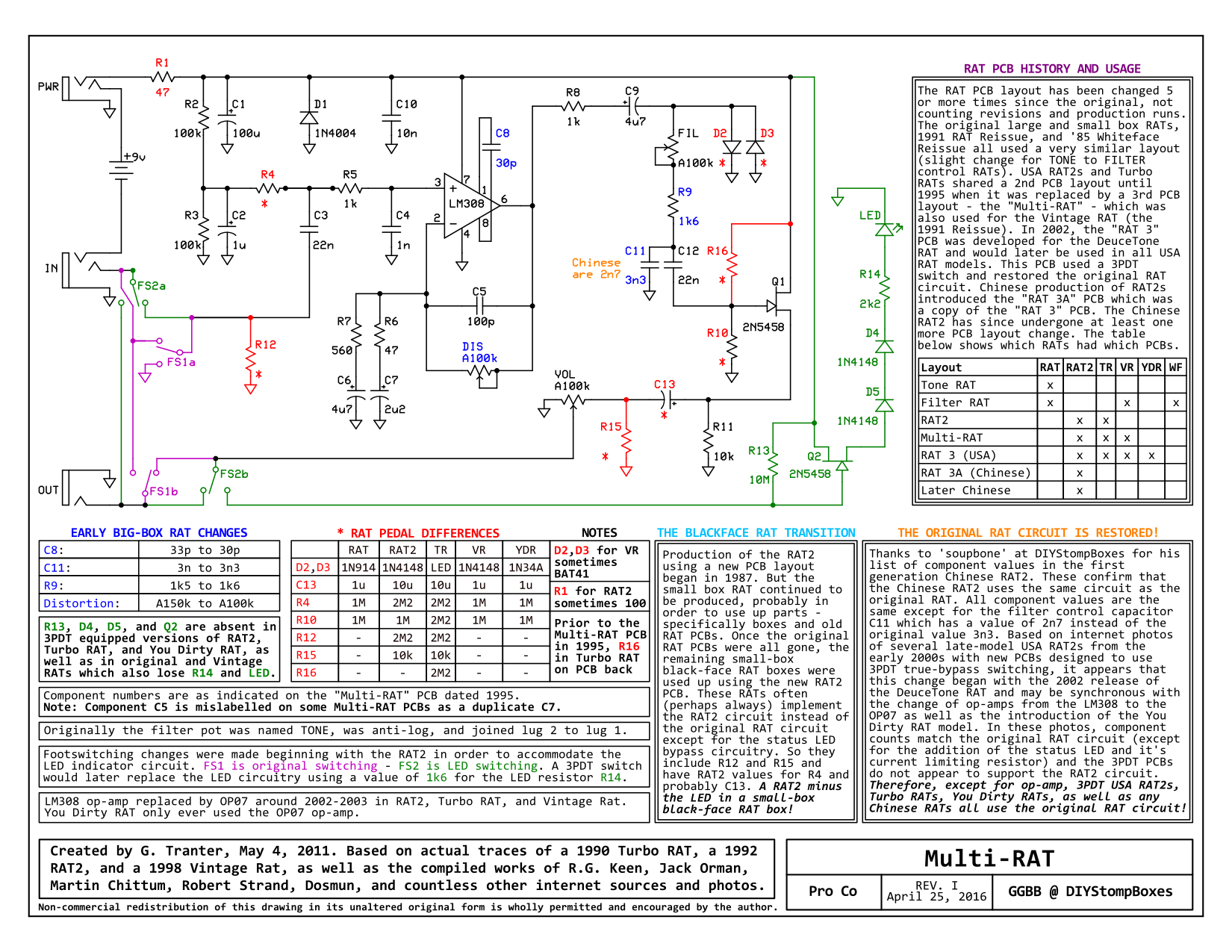