All about modern commercial stompbox circuits from Electro Harmonix over MXR, Boss and Ibanez into the nineties.
Post Reply
14 posts • Page 1 of 1 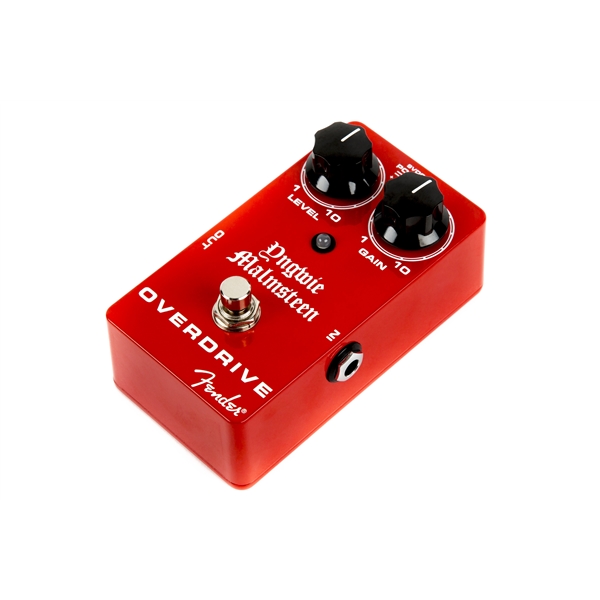 Why didn't Fender make the scale go to 11?

Every now and then it's great to find you are dead wrong about something.

Bought one of these in late spring on an impulse. Tried it out of course and it sounded and felt quite close to my DOD Malmsteen signature. Not quite like it, but sorta close. Tried to open it up back then, but didn't have suitable allen key (what's with you people using imperial keys!) to take the knobs off. So it got left behind and i almost forgot all about it. Today i suddenly recalled that i had ordered imperial keys long ago and took the pedal apart. Didn't get to do any tracing, but snapped a few shots and wrote the BOM down. And no. It is not an OD250. 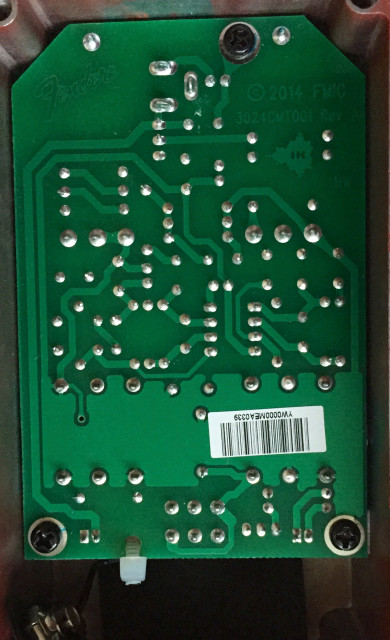 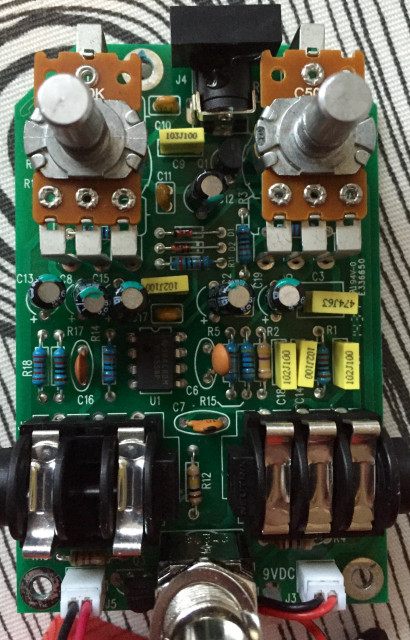 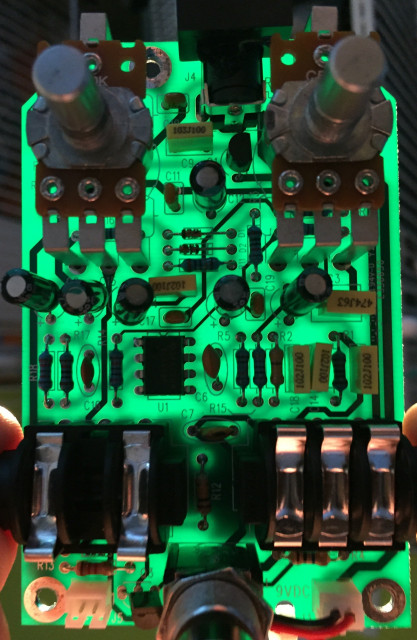 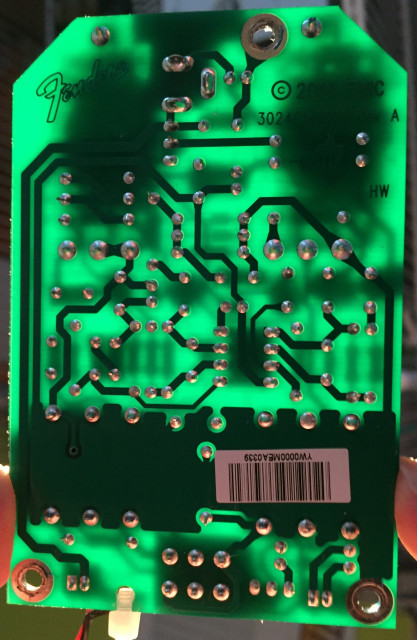 Thanks for your post and the great pics, Mirosol.


The second opamp could be used to add a little volume at the end. The mosfets are for switching and maybe polarity protection
Layouts
Top

What looks interesting to me is the reverse audio-taper pot for the gain control. DOD did that a lot for their later distortion boxes, and you'll see the last little bit at the top end of the rotation was marked 'BOOST'. Usually here it gets over the top, and noisy. I've replaced them with a lower value linear taper pot, and been a lot happier with my DOD. Yes, less gain, but less over the top.

'You can lead a horticulture, but you can't make her think.'
Top

As far as I know, every DOD 250, MXR Distortion+ and Micro Amp came with a C500k gain pot.
Layouts
Top

I'm not sure that's right. My handful of vintage and reissue Distortion+ boxes have A1Meg Gain controls. The Microamp yes, but DOD was known for RA controls from my experience. The last 280 compressor I restored had a C500K 'Sensitivity' control, and they're difficult to locate. Not impossible, but difficult. In that part of the circuit, it doesn't have that huge jump at the end and compress over the top, but as a Gain control in all my 'later' DOD dirt boxes, they just have that huge jump right at about 4:00, go over the top, and the pedal gets noisy. Now I haven't played a YJM box, but I'd suspect the same, and that's weird to me. We're all so particular these days about our pedals, and putting one out that has those 'quirks' seems like a bad idea. I could be 100% wrong, but that's just a first impression from the photo.
'You can lead a horticulture, but you can't make her think.'
Top

Thanks for your post and the great pics, Mirosol.

I just got onenof these too, miro, what do you think? I like it. I like the responseni get, i havent done the yngwie setting yet “all cranked into a dirty marshall” but i like the top end response. I like alot of bite hence why i love the bb and kot soo much. I think its especially great for retaining clarity and treble in the neck humbuggy position. Wish i had known about these in my gigging days.
Top

Could it be some kind of Voodoo Lab OD, which essentially is a DOD250 + additionnal gain stage. 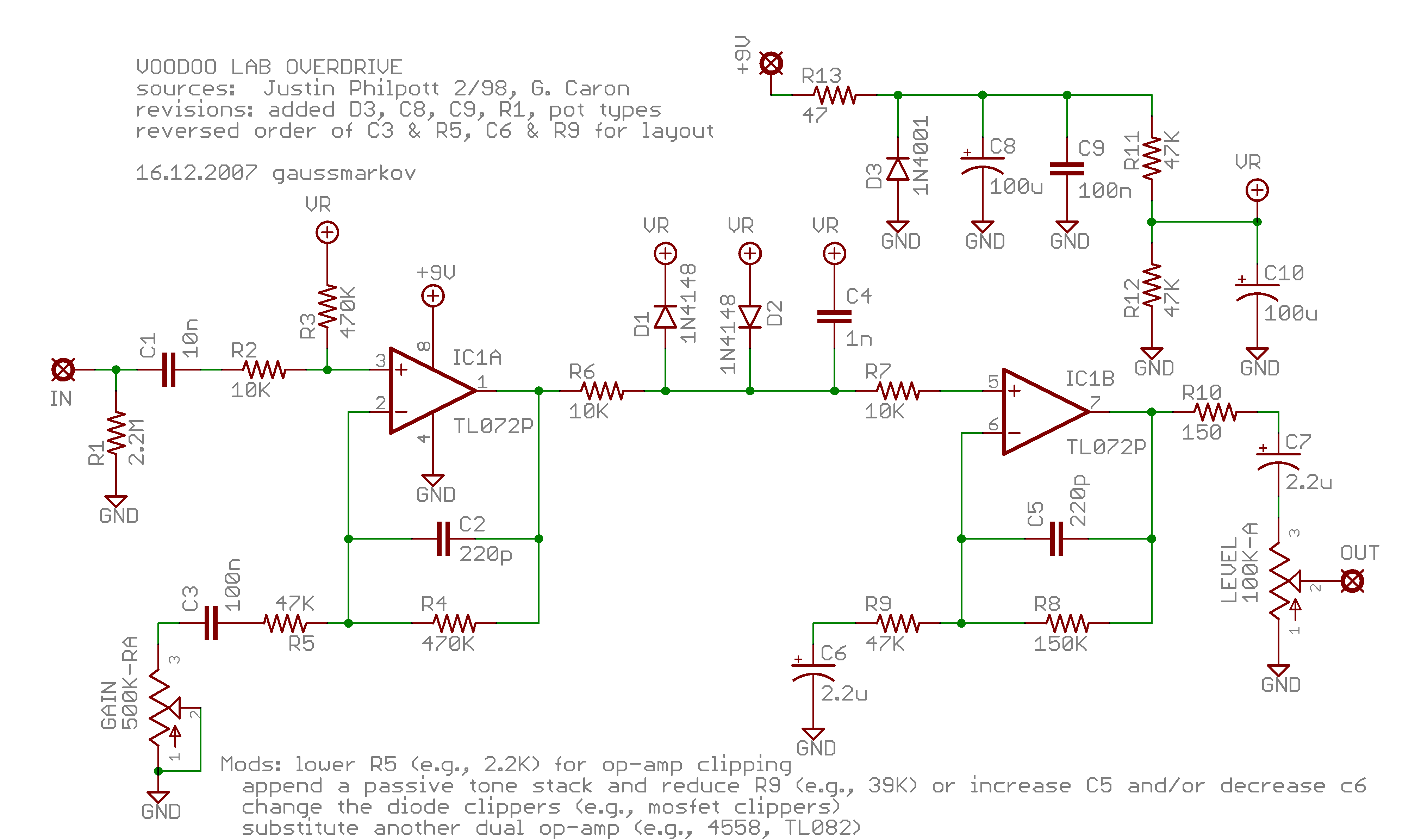 [/quote now I got pics closer of resistors below the pots. I routed the trails from bottom with sprint layout. with your help I can route the top too.
cheers
sorry about the number of picks. these was taken by a friend in the other side of the country 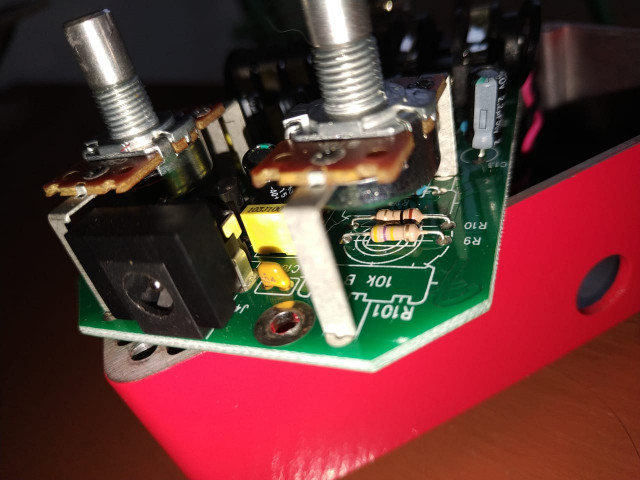 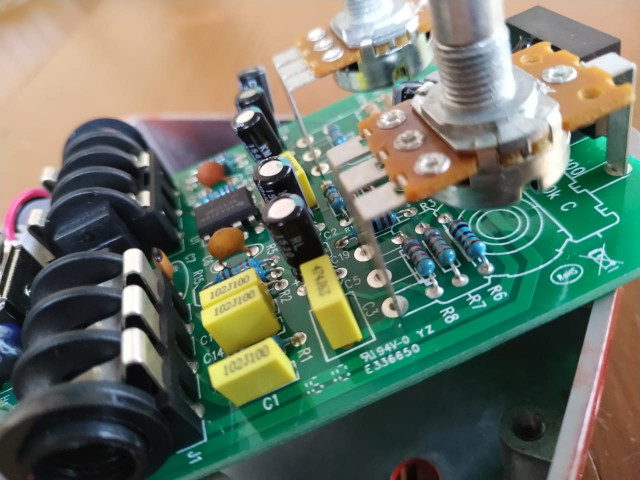 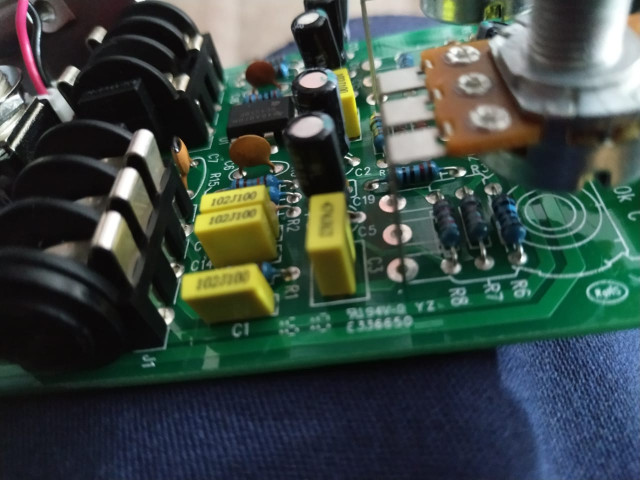 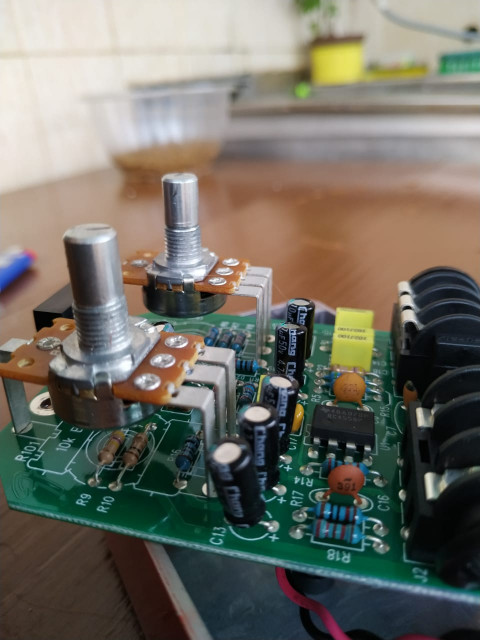 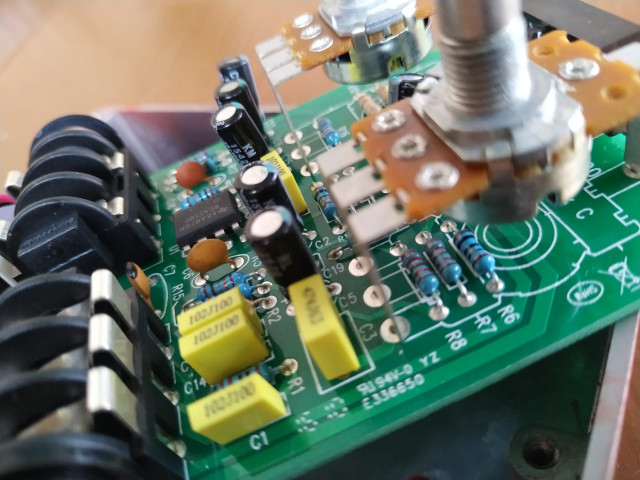 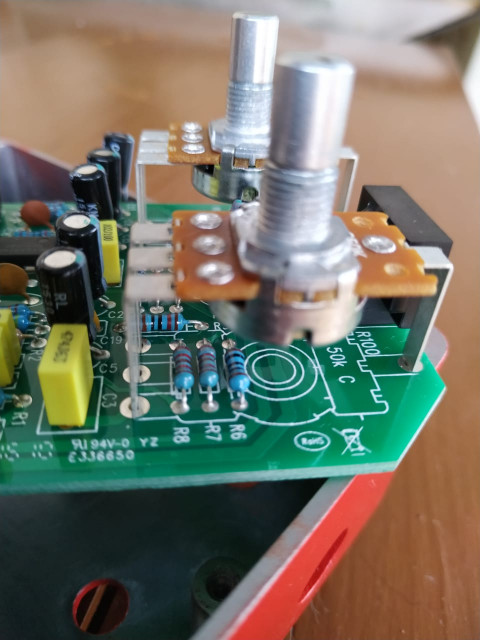 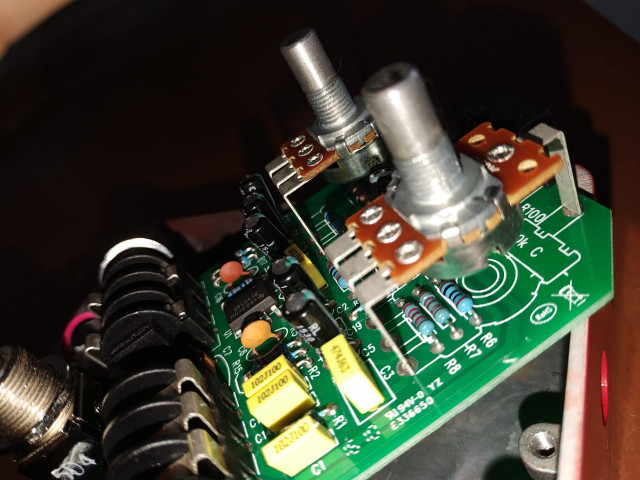 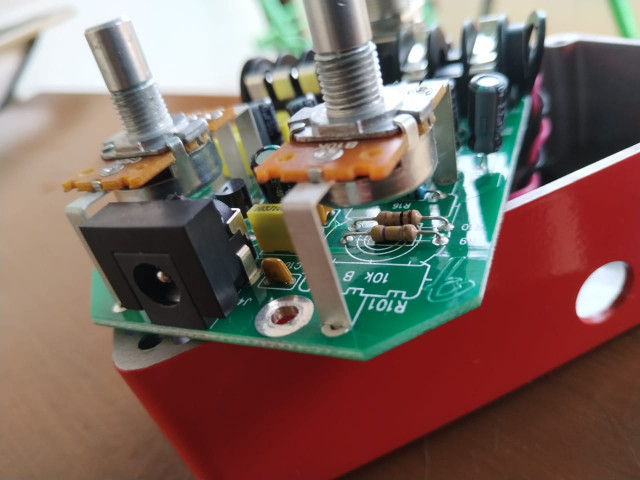 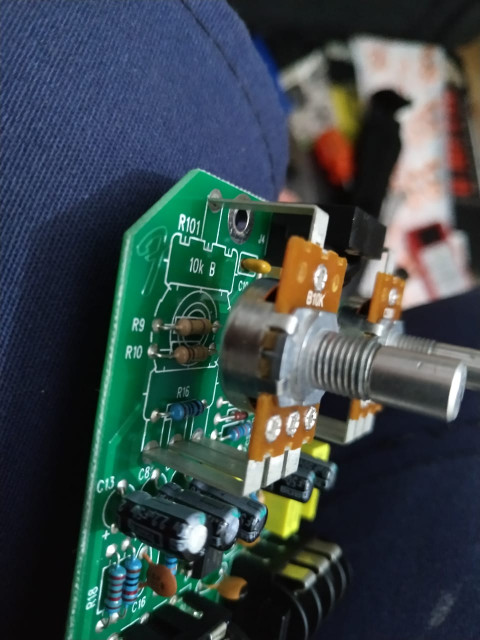 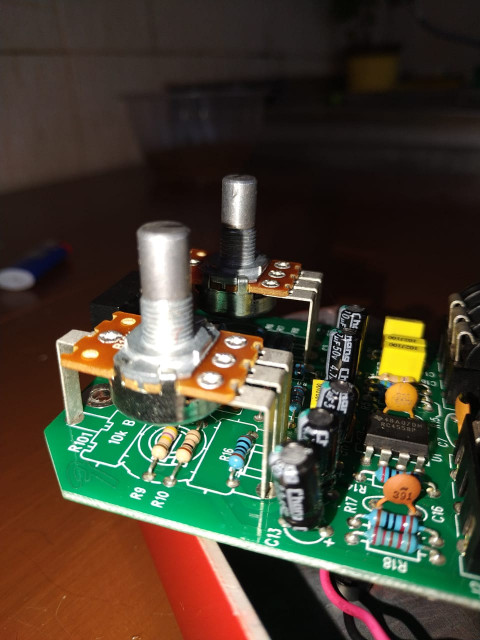 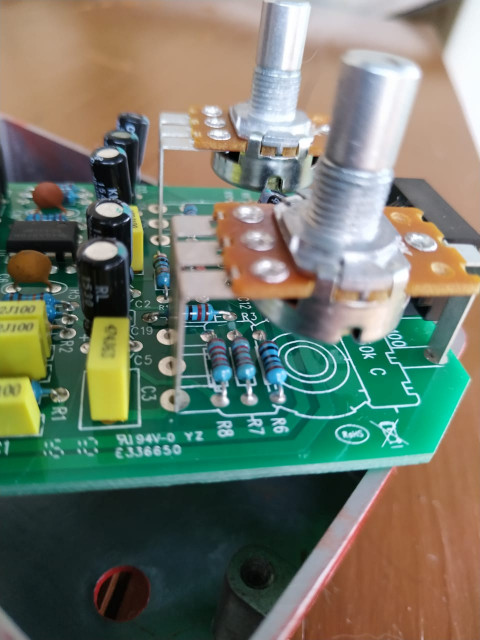 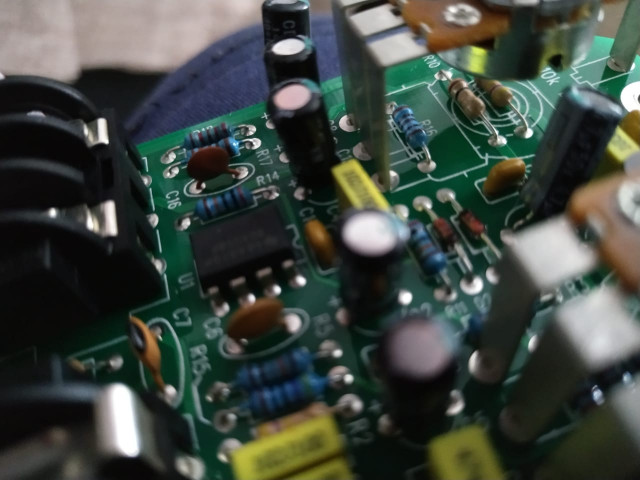 Has anyone done any further work on this? I tried to trace the circuit using the photos posted here to learn how it's done and it's certainly not DOD250 or DOD YJM308 or the voodoo drive!
Does anyone know if it has been done by someone already? Maybe we can collaborate and be the firsts!