Found these on my hard drive. That's all I have.
No idea what it could be a copy of, it has 4 transistors. 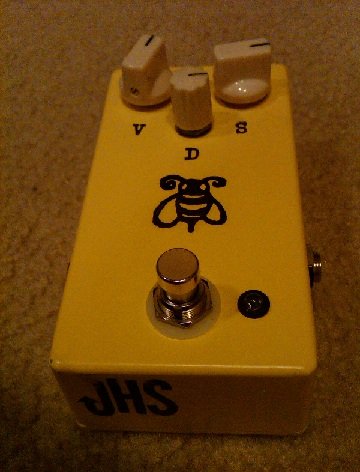 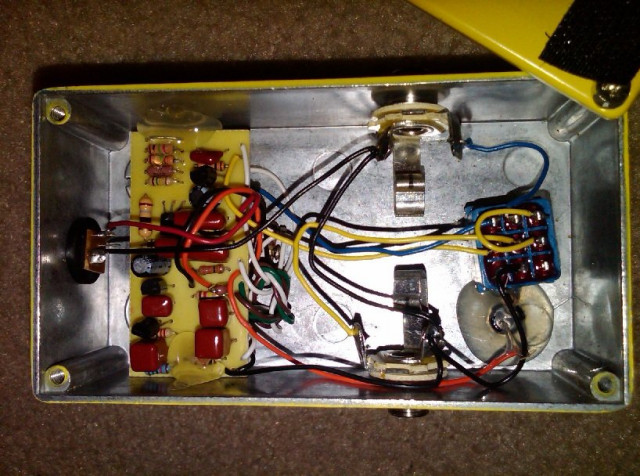 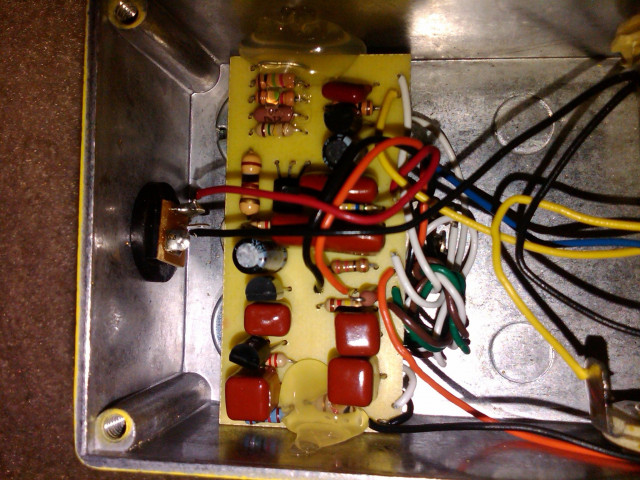 I asked about this on another forum and the conclusion was that it's based on the EA Tremolo (this looks like it might be the original, as where the Deluxe looks like it's the "improved" versions). With the help and guidance of culturejam and some digging around, I made a Honeycomb Deluxe workalike by taking aspects of the GGG Improved and ROG Modified EA Tremolo with the extra footswitch to switch between two Speed pots and the dual color LED as well as the status indication that is always on. The JHS Deluxe has a DIP switch for "fast/slow", on mine I made this an external switch and and implemented the "half speed" mod that dragonfly had up in the DIYSB galleries. Works and sounds great.

Of course, to make it like the JHS, wire the speed pot/pots backwards so the speed decreases as you turn the pot clockwise.

Not sure why I haven't posted this sooner, but here is a build doc I put together for what I did with mine. Again, this is for a Honeycomb Deluxe workalike (not a clone). If this needs to be moved into a different thread, please do so, and sorry if it's in the wrong place. Hope you enjoy.

no, that's great and totally relevant! Can you provide more info on the honeycombs, esp. the deluxe (gutshots, tracings, etc.) and maybe link to that "other forum"? We'd like to collect as much info as possible here, to make it easier for members to find everything here, as not everyone wants to sign up at multiple forums just for the sake of finding info on one pedal.

Yeah, no problem. I do not have any trace shots, this was all speculation. The only one I went off of to get started was the one on JHS' site. Just by counting parts, it's extremely similar to the Improved EA (i count 17 resistors, looks like there are some extra caps as I count 13, 4 transistors, etc.). My original thread was over at the madbean forum, there's not a ton of details in there other than culturejam pretty much telling me what he thought it was. There are links to everything I used to put this together in that thread. So at this point, it can't be called a clone until an actual one gets cracked open, but it's really just a workalike. But it sounds great.

Love your pdf's
"Contemplate it - on the tree of woe." :Thulsa Doom
Top

It's definitely a great template to use for build docs.
Top

Anyone still have the pdf Ian posted? looks like it is gone...
Top