Any idea what could be the chip involved ?
Top

I just realized that there is a second version of this pedal, and I hope we'll get this traced.
The first version was based on the MXR envelope filter, with some mods, maybe with additional buffer(s). Clones of the MXR that had the mods described on tonepad sounded more or less identical.

I merged all Emma - DiscumBOBulator post into one thread because all the schematics have dissapeared as well as all gutshots.
Please use the attachment function to preserve shit for posterity! thanks
Please, support freestompboxes.org on Patreon for just 1 pcb per year! Or donate directly through PayPal
Top 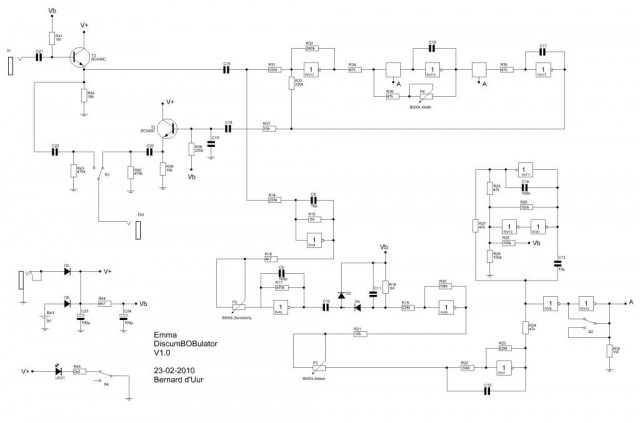 Here are some guts i've found a while ago.
I'm still trying to figure this one out. 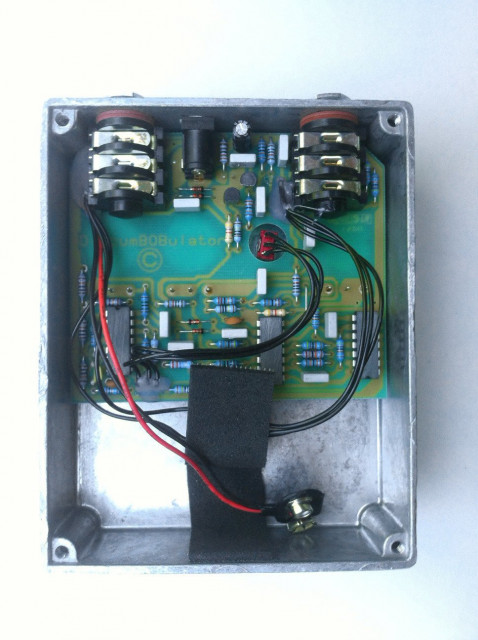 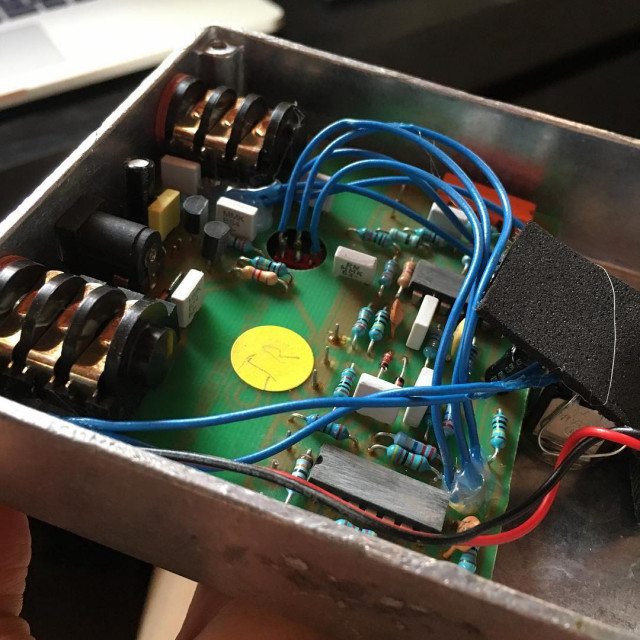 For the input and output caps in the Emma, I just used .022 Panasonics. sounds fine!
Skyline FX 2013
Top

Hi Mike, wich schematic did you use? Im getting strange noises. Have to check it latter. Thanks.
Top

Just ordered version 2. I will post photos and schematic next week
Layouts
Top

Version 2 is all smd.
As my wife is in hospital, I won't have time to do the tracing myself but I will take some macro shots.
The pedal doesn't sound better than the old version, but it might have more headroom, as it can be used with bass or power humbuckers without any distortion.
The clean boost is a useful addition, but there should be an option to change its position in the signal path: Often, it would be more useful, if the boost was directly behind the output of the wah circuit, so that the wah's bypass switch would switch both effects at the same time. 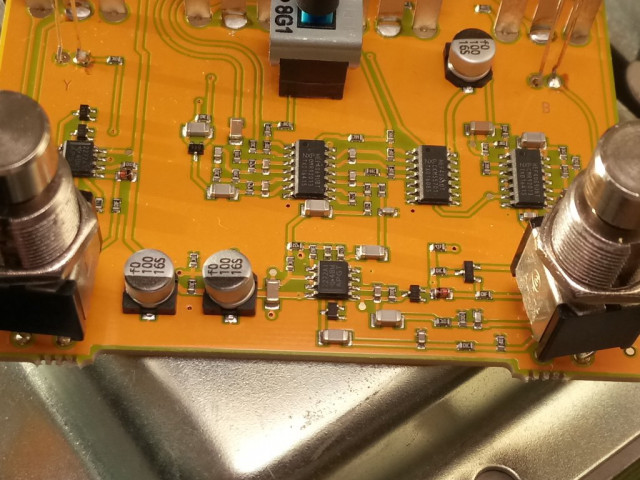 Unfortunately, I won't have time to draw the schematic. Maybe someone else will do that?

What more is needed?
Layouts
Top

This is a bigger version of Bernard D'Uurs scheamtic of the old version DB-1.


Any ideas on how to get the values of those smd capacitors? They aren't labeled... 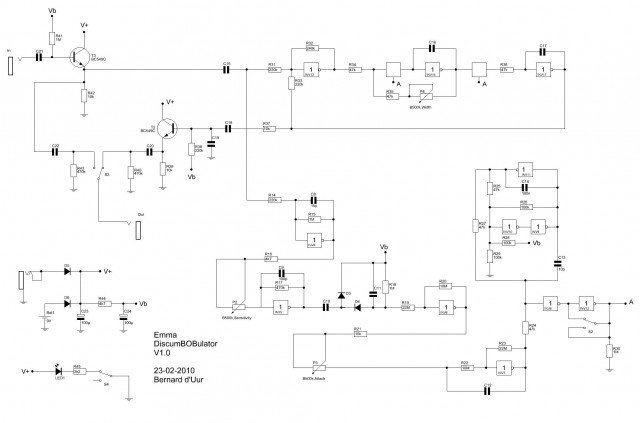 I had to return the pedal today.
But the pictures should be all that is needed to draw a schematic.
Layouts
Top
Post Reply
33 posts